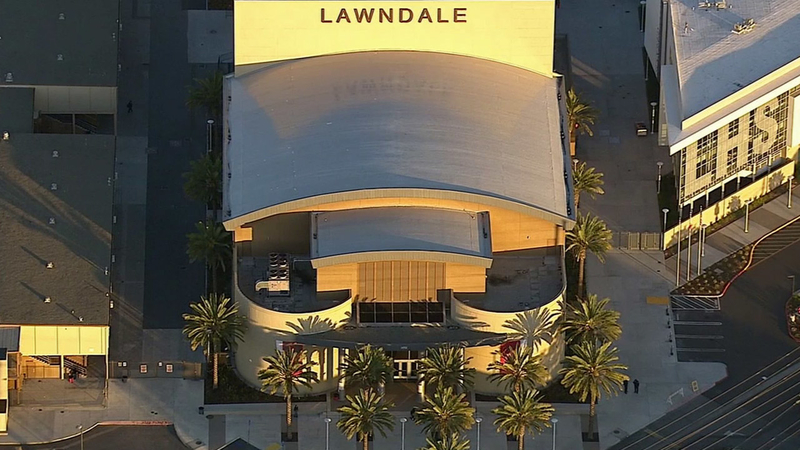 Detectives credit the technology skills of investigators and the cooperation of social media operators in their quick capture of the suspects.

The threat against Lawndale High School was found on BurnBook, a social media app that allows users to post anonymous comments.

Authorities were notified about the threat of a school shooting at Lawndale High School at about 9:45 p.m. Wednesday.

"While we do not believe this to be a credible threat, several sheriffs and detectives have been assigned to the Lawndale and Leuzinger High School sites as a precaution," school officials released in a statement.

School opened as regularly scheduled on Thursday, and the Los Angeles County Sheriff's Department provided extra security to the school as a precaution.

At about 9:45 a.m., a 16-year-old student from neighboring Leuzinger High School was arrested. Investigators were able to get the student's IP address from BurnBook.

Authorities say the Hawthorne teen told them he did not intend to shoot up the school and made the threat as a joke, Detective Fred Jimenez said.

Investigators conducted a search of the boy's home and seized his hard drive for further investigation.

On Thursday, Downey police arrested a ninth grader from Warren High School, who was also linked to chilling words posted on Instagram.

Threats of violence on new social media apps are raising the bar for law enforcement and schools.

"It's a new frontier. It's the wild West, there is no doubt about it," said Allan Mucerino, acting superintendent of Centinela Valley Union High School District.

It's also costly as extra deputies must be deployed and every parent must be alerted.

Many students stayed at home Thursday in Lawndale for fear of violence.

Meanwhile, the Downey Police Department provided extra patrols throughout the day at Warren High School "to help alleviate any worries or concerns that parents and or students may have," the department said in a statement.

"It makes you feel a little nervous about taking your siblings to school," said Raudel Salcedo.

That's precisely what administrators do not want.

"Our goal is to create a positive learning environment where fear has no place," Mucerino said.

The teens were arrested on felony charges. Their names were not released.