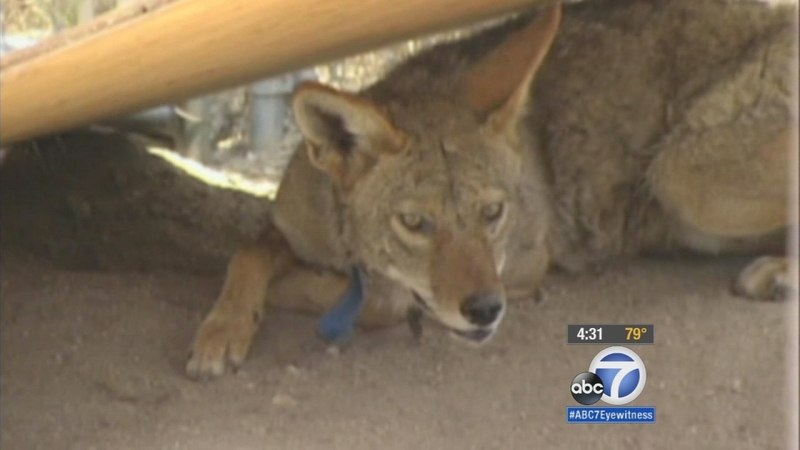 LOS ANGELES (KABC) -- Coyotes in Los Angeles can survive in the big city, even as humans turn their natural habitat into mostly urban neighborhoods, the National Park Service finds in a new study.

In the past two months, the National Park Service has been tracking two coyotes using GPS and found they're doing well despite being surrounded by an urban environment.

"We found that more than half of their locations are what we would categorize as highly developed. That's things like on a road, in an industrial area or in a residential yard. The remainder of the locations are what we would call alternate areas, like a park or a vacant hillside," said Kate Kuykendall, a spokeswoman with the National Park Service.

The female sticks around the park area and ventures less than 1 mile away near the 101 Freeway and 110 Freeway split. The male has ventured a few miles further into Silverlake. These are neighborhood areas with homes, roads, parks and hillsides.

The National Park Service says there are plenty of animals for coyotes to eat, including small rabbits. Officials point out it's rare coyotes will go after pets, like small dogs or cats.