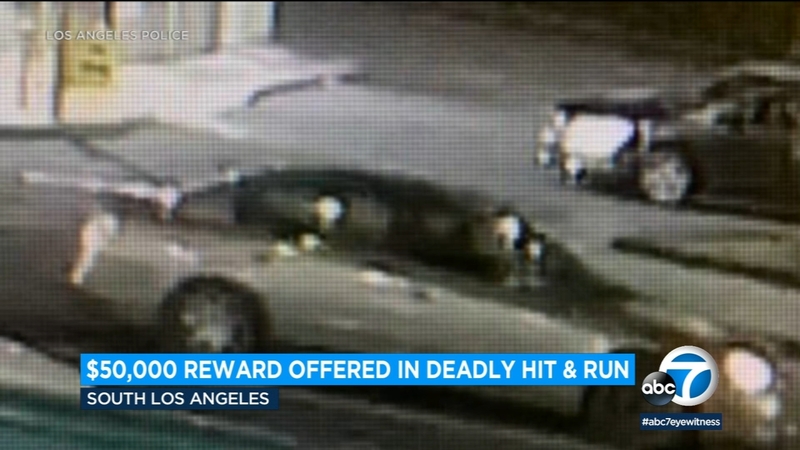 LOS ANGELES (KABC) -- The city of Los Angeles is offering up to $50,000 for information leading to the identity, arrest and prosecution of a driver involved in a hit-and-run that killed a father.

Officials say the victim, identified as 42-year-old Jemmy Chavarria, pushed his wife and 2-year-old child out of harm's way before being hit by a car going at a high rate of speed suffering fatal injuries.

The incident happened on Feb. 26 at about 7:15 p.m. in the area of 84th and Hoover Street in South L.A. The family of three was crossing the street, guided by a crossing guard while traffic in both directions was stopped, when the suspect continued driving northbound on the southbound lanes, according to the Los Angeles Police Department.

The driver then continued northbound on Hoover Street after hitting Chavarria without stopping to help.

Chavarria died at the hospital from his injuries.

Officials held a news conference Thursday morning seeking the public's help in the investigation, including a reward of up to $50,000 to solve this case.

They describe the suspect vehicle as an older model Nissan Altima, gold or silver in color, and say it has a missing hubcap on the front passenger side.

"I forgive you but you have to pay for what you did," said an emotional Angelica Chavarria, the victim's wife. "I don't want you to do this again, for another family to feel this pain."