According to the most recent homeless count conducted prior to the pandemic, the countywide homeless population was 66,433.
City News Service
By Fred Shuster 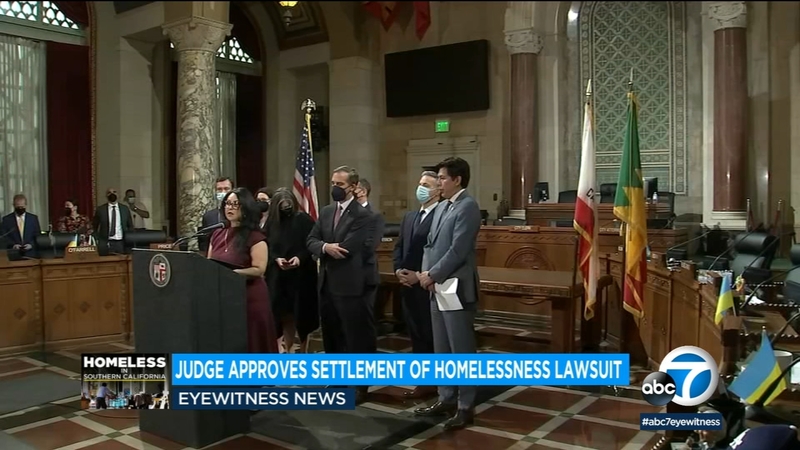 LOS ANGELES (CNS) -- A federal judge Tuesday gave final approval to Los Angeles' proposed settlement with the L.A. Alliance for Human Rights in which the city will spend up to $3 billion to develop as many as 16,000 beds or housing units for non-mentally ill members of the homeless population.

U.S. District Judge David Carter wrote that the parties have requested that the court retain jurisdiction to enforce the terms of the settlement agreement for a period of five years. The pact is "fair, reasonable, and adequate," he said.

"The agreement before the court was not achieved in haste -- it was the result of long and deliberate good-faith negotiations," the judge wrote.

Carter said the settlement "creates a structure and enforcement mechanism for the city to create a substantial number of new beds for people experiencing homelessness. While this agreement is not a solution to homelessness, it is a concrete step toward improving the lives of our neighbors who are currently suffering on the streets."

Carter is overseeing the March 2020 lawsuit in which L.A. Alliance -- a coalition of downtown business owners and sheltered and unsheltered residents -- accuses the city and county of Los Angeles of failing to do its part in addressing the homelessness crisis.

"We will continue breaking down housing barriers for unhoused Angelenos and bringing them indoors at rates we've never seen before,'' Council President Nury Martinez wrote on Twitter after the vote.

Co-defendant Los Angeles County did not participate in the agreement and has scheduled closed-door mediation sessions in efforts to resolve its part of the suit.

Carter said at a hearing last week that in the two years that the case has been pending, he has seen efforts by the parties to address the homelessness problem not just in the Skid Row area but throughout the city and county.

There is now "an increasing effort to get thousands, not hundreds, off the streets," Carter said.

While the settlement does not include Los Angeles County, city officials said the county must be responsible for providing services and housing for homeless individuals with serious mental illness, substance-use issues or chronic physical illnesses.

Skip Miller, outside counsel for the county, has said that the county "is more than doing its job and doing everything possible to address homelessness without stigmatizing it as a crime. Any assertion that the county has failed on this obligation is utterly baseless."

Shayla Myers of the Legal Aid Foundation of Los Angeles -- an intervenor in the case -- recently objected to the proposed settlement, saying the true goal of the city was to enforce anti-camping laws to strong-arm the unsheltered off the streets.