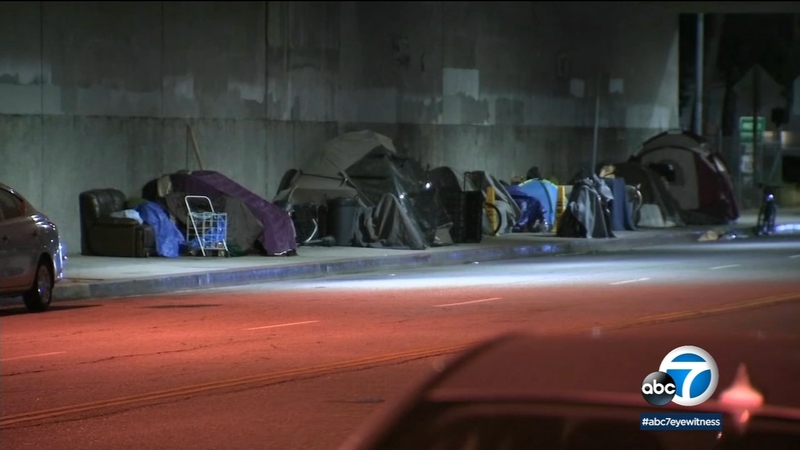 LOS ANGELES (KABC) -- A federal appeals court heard arguments Wednesday but made no ruling in the city and county of Los Angeles' bid to vacate a judge's order forcing local government to offer shelter to every homeless person on Skid Row by the middle of October.

U.S. District Judge David O. Carter blamed inaction of officials led to the homelessness crisis and that there needs to be adequate shelters.

"A judge can point a finger, a constituent can complain, and I feel the same way, but that does not mean dollars come along with that," Mayor Eric Garcetti said.

The city and the county filed an appeal and won a temporary halt to Carter's order.

"From the city and county's perspective this order that Judge Carter put forth essentially amounts to sort of sweeping aside the workings of elected government," Jason Ward of the Rand Corporation said.

A federal judge blasted the city of Los Angeles and Los Angeles County for their approach to homelessness during proceedings Thursday.

On Wednesday, the 9th Circuit Court listened to representatives from local government and homeless advocates who feel the judge was wrong.

"To impose those policy preferences through a sweeping order rather than the decisions made by the city's elected officials is judicial overreach of the worst sort," Michael Walsh from the city of Los Angeles told the judges.

This all goes back to March of last year after a lawsuit was filed by downtown business owners and residents who feel the government has done a poor job and mishandled money.

Ward say this case is a tricky situation.

"There's a legitimate concern that if certain parties in the community don't like the way government is sort of dealing with a problem, they can just find a sympathetic judge," Ward said.

A judge asked could all sides come up with a settlement. One of the attorneys said it's not likely.

"The district court's decision to issue a preliminary injunction in order to force the parties to come to the table is certainly an approach that is not going to render settlement possible," said Shayla Myers from the Legal Aid Foundation.

The court will likely take several weeks before coming up with a ruling in the case.