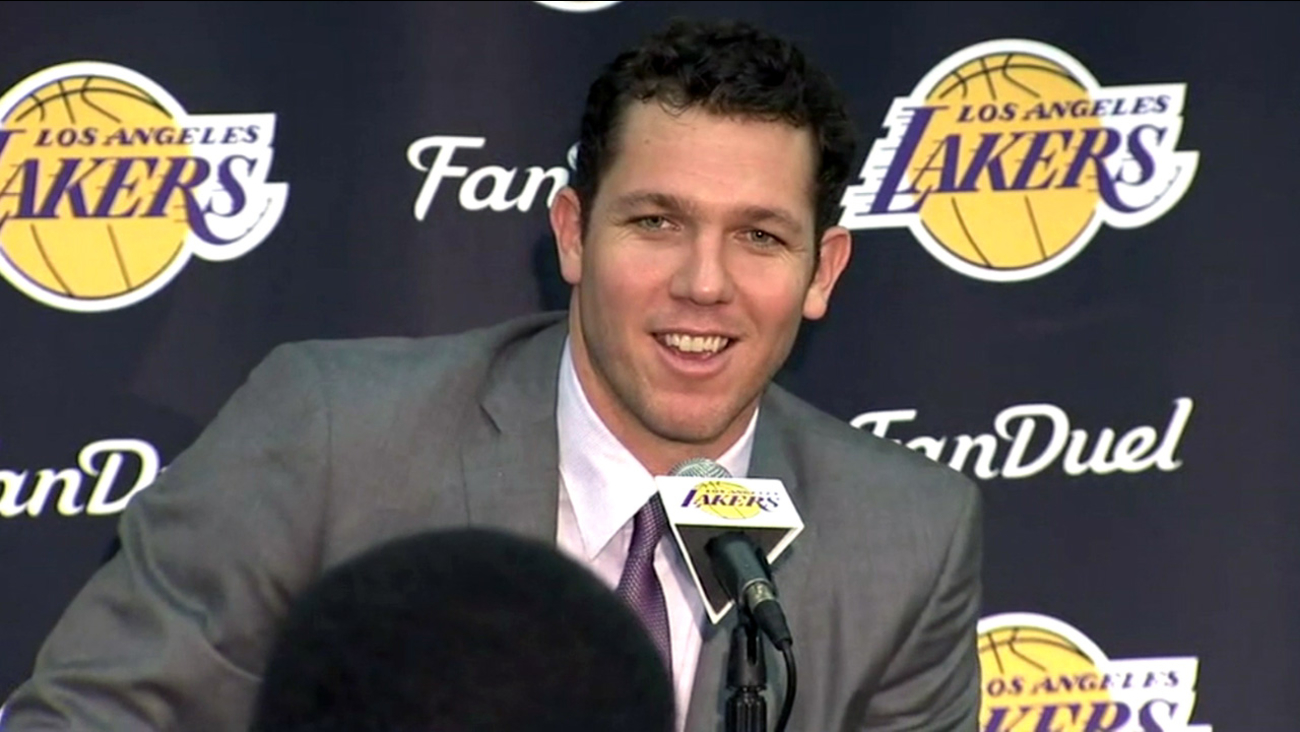 Walton and the Lakers reached an agreement in April, but Walton was finishing his duties as the assistant coach of the Golden State Warriors, who ultimately fell to the Cleveland Cavaliers in Game 7 of the NBA Finals.

Though Walton said the NBA Finals defeat after a record-breaking year with the Warriors was disappointing, he stated he was ready to start his dream job as the head coach of the Lakers.

"I am absolutely thrilled to be able to come back down here and have my dream job, which is to coach the L.A. Lakers, a team I played for, a team I won championships with, the team that drafted me," Walton said.

A San Diego native, Walton was selected by the Lakers in the second round of the 2003 NBA draft and played nine seasons with the team, winning two championships.

All nine of Walton's season in Los Angeles were played with Lakers legend Kobe Bryant, who retired after playing his final game at the Staples Center in April.

Walton said he was honored to be selected to lead the organization following the Bryant era and believes the team has a bright future.

"I think we're in an exciting time," Walton said. "We have extremely talented young players, we have a ton of money to spend in free agency, we have draft picks this year."

The Lakers own the rights to the No. 2 overall pick in Thursday's NBA draft and have about $60 million in salary cap space to sign free agents.

At 36 years old, Walton becomes the youngest head coach in the NBA, which was previously held by Cavaliers head coach Tyronn Lue, who is 39 years old.

Though young, Walton proved himself as a head coach filling in for Warriors head coach Steve Kerr, who took a leave of absence with the team to rehabilitate his back during the 2015-2016 season.

With Kerr out, Walton led Golden State to a 39-4 record, including an NBA-record 24-0 start to the season before handing the reigns back over to Kerr.

Walton's predecessor Byron Scott compiled a 38-126 record in his two seasons with the Lakers as the team missed the playoffs both seasons.

Both seasons under Scott were the worst records in franchise history.

MORE: Byron Scott will not return as LA Lakers head coach next season

Walton becomes the fifth head coach of the Lakers since Phil Jackson left Los Angeles in 2011.