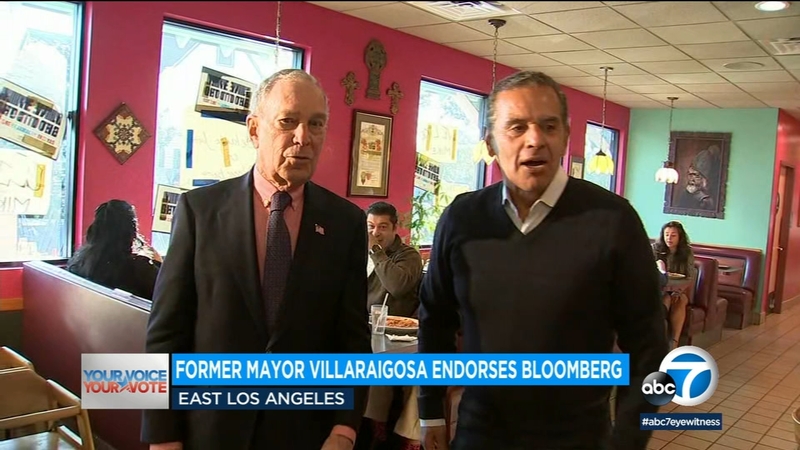 "Our country is facing challenging times without a true leader in the White House,'' Villaraigosa said Saturday. "Mike Bloomberg is the answer to solving the divisiveness Donald Trump has created, bridging the political divide in Washington, and helping to restore unity in this country once again.''

Villaraigosa added that Bloomberg's experience as New York City mayor proves he has the ability to lead the nation.

The endorsement was announced one day before Bloomberg begins a two-day, four-stop visit to California, which includes an appearance with Villaraigosa at an East Los Angeles restaurant Sunday at what the campaign has billed as a "canvass kickoff.''

Villaraigosa is the latest in the series of California mayors to have endorsed Bloomberg, following San Francisco Mayor London Breed and San Jose Mayor Sam Liccardo.