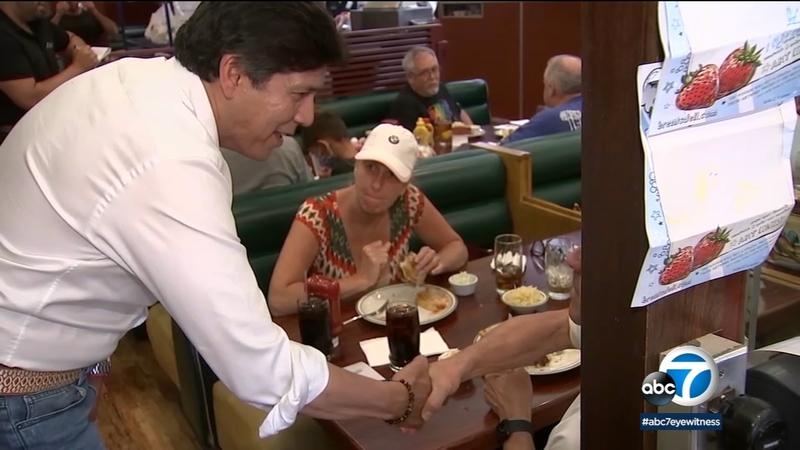 Polls indicate the race to become L.A.'s next mayor will come down to a battle between Congresswoman Karen Bass and real estate developer Rick Caruso.

Caruso has poured millions of dollars into his campaign and has been endorsed by Elon Musk and several Hollywood celebrities.

De Leon crisscrossing the L.A. area. He visited a market in North Hollywood with Assemblymember Adrin Nazarian. It was one of the dozens of stops he plans to make between Sunday and Tuesday.

The congresswoman visited about 10 canvassing sites, and said she's going to continue working hard right up to the election.