LA's iconic music venues are fighting to survive the pandemic 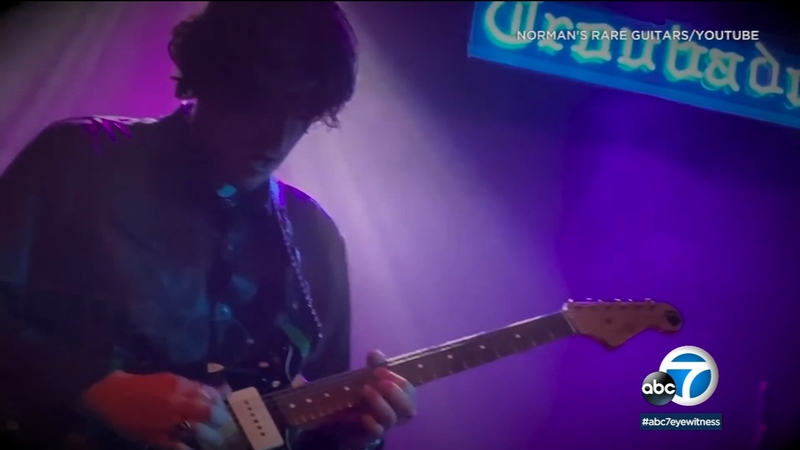 LOS ANGELES (KABC) -- Michael Lemmo needs two things in life: a guitar and a stage. But right now, there's not a stage to be found.

The last show he played was at the Troubadour one year ago.

The rising star is now turning to the virtual stage, playing online. His music squeezed through the internet and flattened by the screen.

He said there isn't a connection with the crowd and the camaraderie isn't the same.

All across Southern California, music and comedy venues are shuttered. Their stages silenced, their bars dry, their floors barren.

"We've been without proper shows for almost a year now, so it's been quiet, and just honestly a time of trying to survive," said Amy Madrigali, a talent booker for the Troubadour.

The popular West Hollywood club is now relying on live-streamed shows and selling merchandise to help pay the bills.

Other closed venues are doing the same.

Mark Flanagan is the owner of Largo in Beverly Grove. Shuttered for the last year, the unpaid rent there is now in the hundreds of thousands of dollars.

Reopening is still not on Flanagan's horizon.

"I don't put a time on it," Flanagan said. "I feel at this point we've been through so much, that we'll find out when we find out."

Help for these struggling venues is on the way. Just slowly.

More than 3,000 clubs across the country banded together, lobbying for the Save Our Stages Act - and it worked.

Congress late last year approved the $15-billion Shuttered Venue Operators Grant. But the aid still has not been dished out.

"All the right things were done. It's just taken too long for what we need right now. And what we need is immediate assistance," said Rev. Moose, the executive director of the National Independent Venue Association, or NIVA.

NIVA pushed for the federal aid. But with the funds still out of reach, the losses are mounting.

At the Troubadour, the speakers are quiet, the only thing you might hear is the sound of money being lost.

"We're normally booked 300 nights a year. A lot of those nights are sold out," Madrigali said.

A sold-out night at the Troubadour, or any other stage, would be music to the ears for Michael Lemmo.