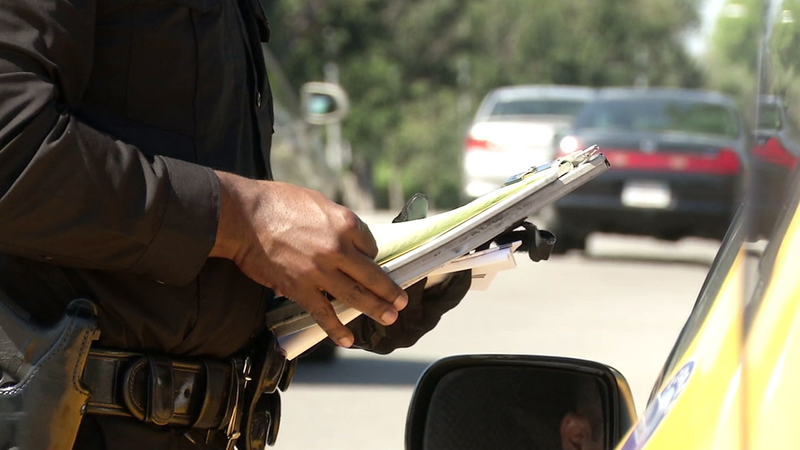 MID-CITY, LOS ANGELES (KABC) -- The Los Angeles Police Department cracked down on drivers at five major intersections they say are the most dangerous for both pedestrians and drivers in South Los Angeles.

"They're going at an unsafe speed. They're driving while texting. They're not paying attention to the roadway," LAPD Officer Mauricio Valdovinos said. "Pretty much any violation that could cause someone to get hurt."

According to police, in the last 12 months, there have been 32 serious injuries at the following intersections: Figueroa Street at Jefferson Boulevard and Vernon Avenue, La Brea Avenue at Coliseum Street, Rodeo Road and Century Boulevard at Central Avenue.

Nearby resident Carl Myart said he has almost been run over a couple of times crossing the street and is glad police are taking action.

"Be patient. When that lights says green and it says walk, it doesn't say run," one frustrated pedestrian, Alessa Ross, said. "We don't have to run as pedestrians because you guys want to hurry up and turn the corner."