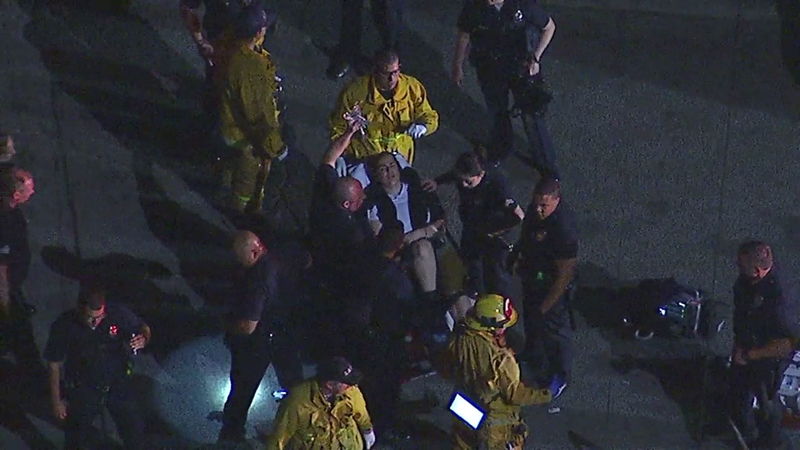 The shooting was reported around 10:18 p.m. in the area of Plummer Street and Noble Avenue.

Footage from AIR7 HD showed a female officer being tended to by paramedics. She appeared to have suffered a wound to her leg and was placed in an ambulance, where she was taken to Dignity Health in Northridge.

A silver sedan with its doors open and back window shattered was also at the scene and near the vehicle was a man who paramedics treated.

The man appeared to have blood on his face and was limp on the gurney as he was loaded into an ambulance. His condition was unknown.

It was unclear what led to the shooting. No further information was immediately available.