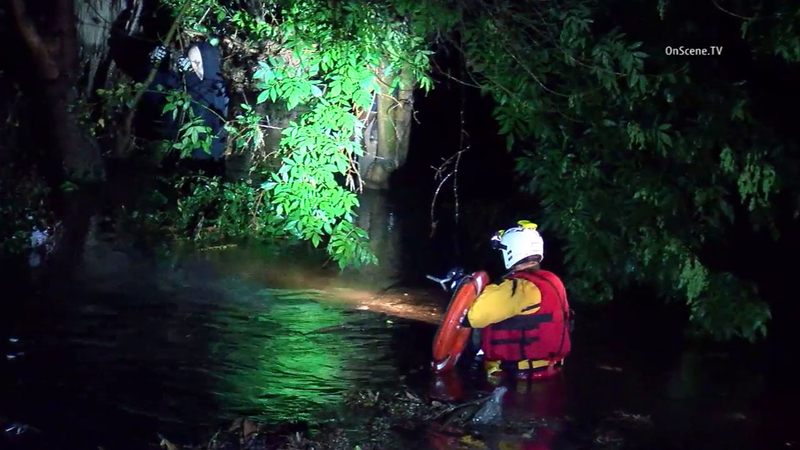 Ten people and two dogs became stranded in the Los Angeles River waters near the Sepulveda Basin. Authorities said they had tried to clear homeless encampments in the area in anticipation of the rains, but not everyone heeded the warning.

The water rescues started before 5 a.m. in the 6100 block of Balboa Boulevard. Three people were rescued who were clinging to trees and holding onto a large dog. A smaller dog was able to escape from the water.

Fire officials said seven people either swam out of the water themselves or were rescued by ground crews. Everyone was evaluated and one person was taken to the hospital, authorities said.

Around 2:20 a.m., a single-car crash left one person dead in Glendale. The car crashed off the 134 off-ramp at Pacific Avenue and the driver became trapped inside, according to California Highway Patrol officers. It was unclear what caused the crash, but the person was taken to the hospital where they later succumbed to their injuries.

Another person was killed in Orange County as rains poured onto the streets, causing a black pick-up truck to crash into a freeway guardrail and strike a motorcyclist.