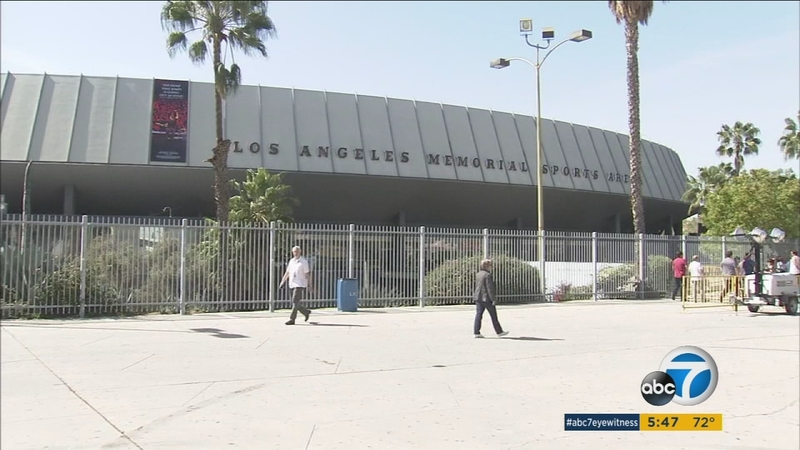 EXPOSITION PARK, LOS ANGELES (KABC) -- The Los Angeles Sports Arena has a date with a wrecking ball, but not before Bruce Springsteen plays a series of concerts.

The Boss will play the last show at the arena on Saturday. As a tribute to the arena, the concert series was called "The Dump that Jumps."

Alan Hess, an architect and historian, said even though the arena isn't even 60-years-old, it is one of the "crown jewels" of Los Angeles.

He added that the building was designed by Welton Becket, who has designed many of Southern California's most iconic buildings such as the Capitol Records building, The Music Center, the Cinerama Dome and Los Angeles International Airport.

During its half-century lifespan, the arena hosted everything from basketball games to political conventions.

But that storied past couldn't keep up with the needs of the present. The building has become outdated and underused, but Hess adds that it is worth saving.

"We shouldn't be tearing down buildings, we should be reusing them. They are really too valuable to just throw away," he said.

The new plan calls for the arena to be torn down to build a shiny new soccer stadium that would be home to the Los Angeles Football Club's unnamed team.