LA traffic is getting back to pre-pandemic gridlock, tracking site reports

Now that COVID numbers are dropping, traffic is picking up, but experts say congestion patterns are different than in years past.
KABC
By Leo Stallworth 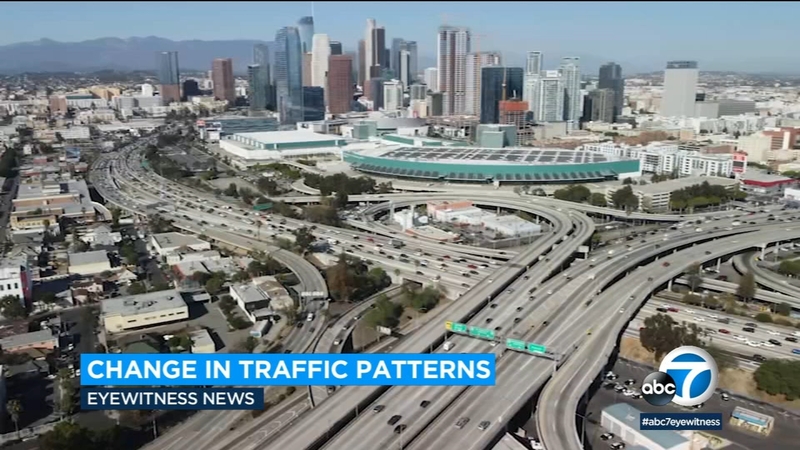 LA traffic getting back to pre-pandemic gridlock, tracking site says

LOS ANGELES (KABC) -- During the worst of the pandemic, it was a breeze traveling on Los Angeles highways compared to before.

"The 2019 situation was actually so much worse, but there's a trend going back to normal, it looks like," he said.

Now that COVID numbers are spiraling downward, traffic is picking up, but traffic experts say congestion patterns are different than in years past.

Brouwer said in the past, before the pandemic, the area had a very clear morning and an evening rush hour.

TomTom reports Los Angeles is second on the list of top 10 cities with the worst congestion. Commuters are spending up to 75 hours stuck in traffic per year.

Riverside ranks No. 9 with commuters spending some 52 hours on congested highways.

Brouwer said TomTom benchmarks more than 400 cities around the world and looks at the conditions in the middle of the night and we compare it with the conditions throughout the day.

"Based on that, we can make a fair benchmark between what is the congestion level in a different city and also comparing different cities with each other," explained Brouwer.

Lesa Soles said during the peak of the pandemic, it took her a couple of minutes to get around town, now it takes a lot longer. Commuter Dave Pruitt said as we get back to some sense of normalcy following the pandemic, traffic is getting worse - and worse - all over again.