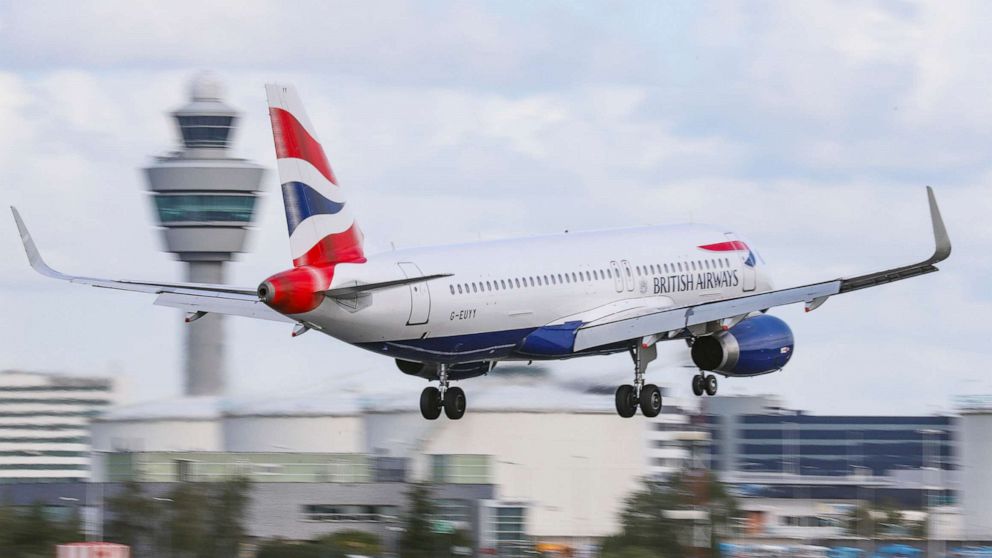 ABCNews
By SOO YOUN
The British government issued a travel warning for Egypt on Saturday citing a "heightened risk of terrorism against aviation," as British Airways and German carrier Lufthansa suspended flights to Cairo as a security "precaution."

British Airways flights were suspended for seven days, while Lufthansa flights will resume on Sunday.

"There's a heightened risk of terrorism against aviation," The United Kingdom's Foreign and Commonwealth Office (FCO) said in a statement. "Additional security measures are in place for flights departing from Egypt to the UK. You should co-operate fully with security officials at airports."

British Airways and Lufthansa - two of Europe's largest airlines - abruptly stopped flights to Cairo on Saturday, even as flights were about to board.

"As safety is the number one priority of Lufthansa, the airline has temporarily suspended its flights to Cairo today as a precaution, while further assessment is being made," Lufthansa said in a statement. "We do not have any additional information at this time."

In its own statement, British Airways said: "We constantly review our security arrangements at all our airports around the world, and have suspended flights to Cairo for seven days as a precaution to allow for further assessment."

Two security sources briefed on the situation told ABC News that no specific threat has been detected, but that the airlines are reacting to ongoing concerns about security problems at the Cairo airport. The suspension of flights will give the airlines the opportunity to review the situation, the sources said.

The U.S. government is not planning on issuing a directive, while individual U.S. carriers are monitoring the situation and are in contact with other airlines and with security agencies, the sources said.

Ticketed BA customers were caught off guard at London's Heathrow Airport on Saturday, as they suddenly received notice their flights would not take off.

"Currently about to board a @British_Airways flight to Cairo and it's cancelled. Not for a day. Not for two days but for seven. Security risk. Someone knows something we don't," tweeted a user who goes by the handle @shanghai_dan.

The British Foreign Office also warned against "all travel to the Governorate of North Sinai, due to continuing criminal activity and terrorist attacks on police and security forces that have resulted in deaths," the agency said.

In addition, officials advised Britons against "all but essential travel" to: the Governorate of South Sinai, except the area within the Sharm el Sheikh perimeter barrier, which includes the airport and the areas of Sharm el Maya, Hadaba, Naama Bay, Sharks Bay and Nabq," by air to or from Sharm el Sheikh, and "to the area west of the Nile Valley and Nile Delta regions, excluding the coastal areas between the Nile Delta and Marsa Matruh (as shown on the map)."

In 2015, a Russian plane bound for St. Petersburg departing from Sharm El-Sheikh International Airport crashed in a mountainous region of Egypt, killing all 224 on board. Following the crash, two carriers - Lufthansa and Air France - announced they were avoiding the airspace over the Sinai Peninsula.

In its statement, the British Foreign Office said that approximately 415,000 Britons visited Egypt in 2018 and noted that most visits are trouble-free.