Lufthansa flight has near-miss with drone on approach to LAX 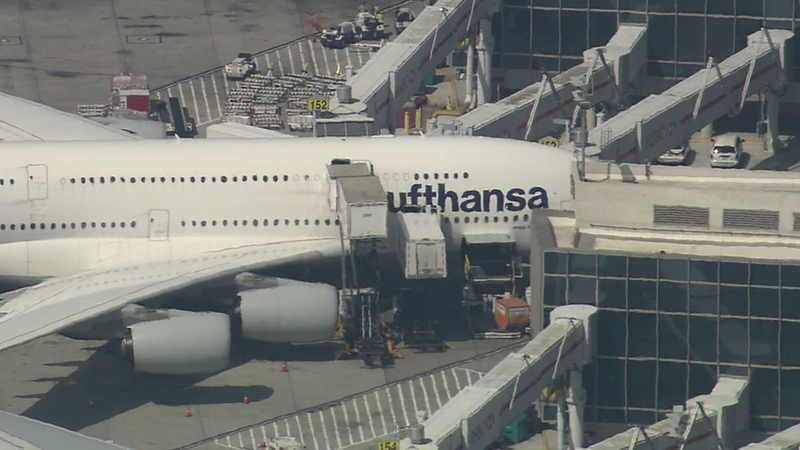 Lufthansa flight has near-miss with drone on approach to LAX

LOS ANGELES (KABC) -- A Lufthansa flight on approach to Los Angeles International Airport nearly hit a drone while flying at about 5,000 feet Friday, according to the Federal Aviation Administration.

The pilot of the A380-800 spotted the drone flying approximately 200 feet above the aircraft, FAA spokesman Ian Gregor said in a statement.

An investigation was immediately launched by aviation authorities, who are now searching the air 14 miles east of the airport.

The FAA prohibits drones and model airplanes from flying higher than 400 feet or within 5 miles of an airport. Violators could be punished with up to $1,000 in fines and six months in jail.

Drones have become increasingly popular with hobbyists. The FAA estimates that 1.6 million small unmanned aircraft will be sold this year, with half during the last three months of the year.

Government and industry officials have expressed concern that drones, like birds, could be sucked into an aircraft engine, smash a cockpit windshield or damage a critical aircraft surface area and cause a crash.

"This is one more incident that could have brought down an airliner, and it's completely unacceptable. A near-miss of 200 feet should serve as a stark reminder of the dangers posed by reckless drone use," Sen. Dianne Feinstein said in a statement.