Stolen Lululemon merchandise valued at more than $200,000 is recovered in OC by CHP task force

The capture is the largest of stolen items in the athletic apparel retailer's history, according to a company representative.

CHP investigators from the Border Division's task force were alerted on June 6 to three large boxes containing Lululemon products shipped from Ohio and destined for an apartment complex in La Habra, according to the CHP. They delivered the stolen Lululemon merchandise to the apartment, where they found 16 boxes filled with stolen Lululemon leggings inside the apartment.

The investigators obtained a search warrant based upon their observations along with additional evidence uncovered during the investigation. 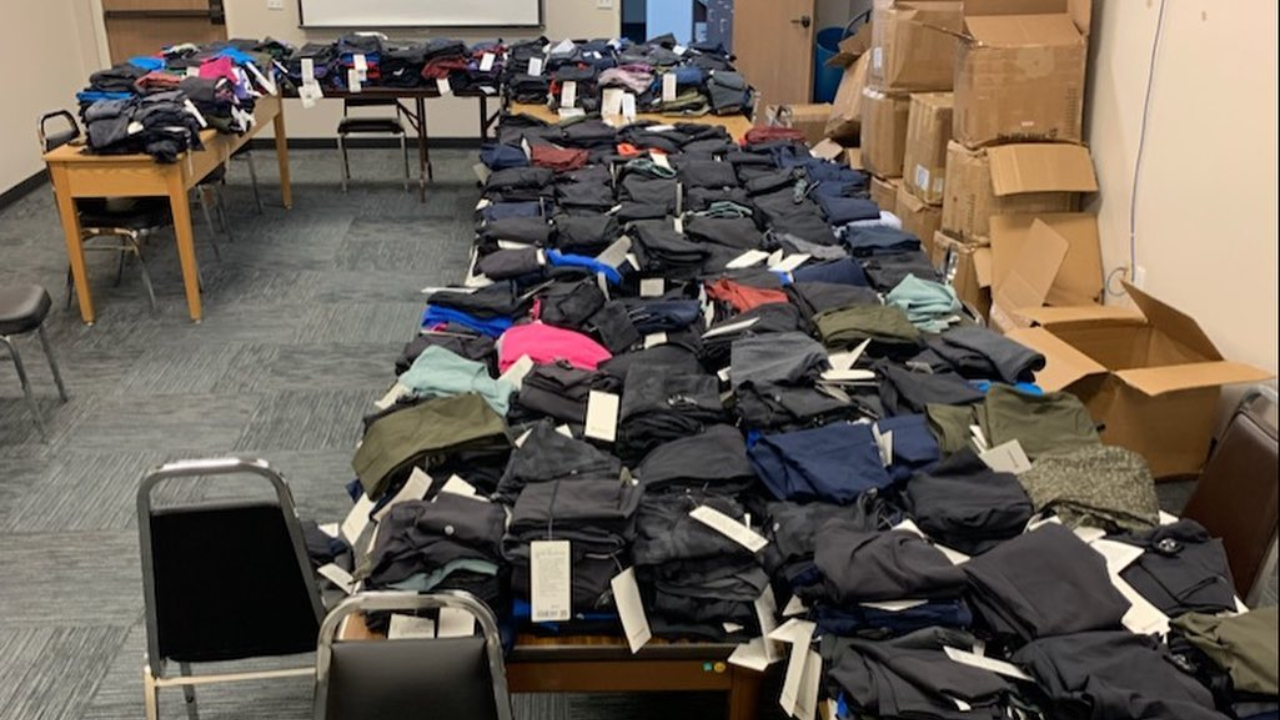 A photo released by the California Highway Patrol shows more than $200,000 worth of stolen Lululemon merchandise that was recovered by a CHP task force, the agency said.

Investigators seized 1,861 stolen items with a retail value of $203,688, including merchandise stolen from Lululemon locations throughout the nation, including stores in Ohio, Illinois, and Wisconsin, the CHP said.