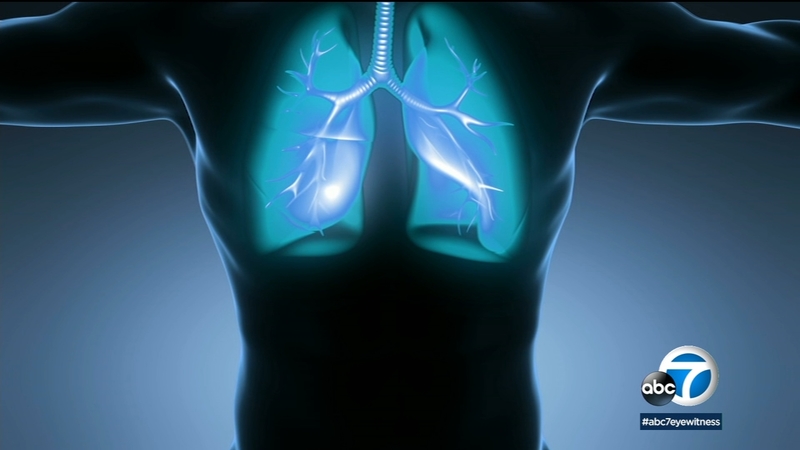 Late stage lung cancer used to be a death sentence. But for some patients, treatment is progressing to the point where lung cancer can be managed like a chronic disease. Targeted therapies fight the cancer where it starts.

That's what she thought until she tripped at one of her son's soccer games.

"I heard this snap," Robinson said.

At the hospital, scans revealed troublesome spots on her lungs, spine and liver.

"They figured the broken leg was related to the tumor," Robinson said.

She had hardly smoked, but Robinson had stage 4 lung cancer. Her prognosis? Less than a year.

"I knew enough about cancer to know that that was a bad one and I wasn't going to survive it," Robinson said.

Keck School of Medicine's Dr. Jorge Nieva, who is a medical oncologist, said lung cancer is not just one disease.

"We now treat patients on the basis of the molecular profile of their tumor using comprehensive genetic sequencing," Nieva said.

Robinson tested positive for what's called an ALK mutation. About 4% of lung cancer patients have this genetic anomaly.

She enrolled in a clinical trial for Lorlatinib, a daily, single pill therapy that targets ALK.

"The Lorlatinib gave me my energy back," Robinson said.

Nieva said, "We find that they can often times can go on to have extremely high quality of life for a very long period of time with their disease."

As with any drug, there are often side effects.

With Lorlatinib, patients may suffer from anxiety, depression, paranoia and suicidal thoughts.

Anti-depressants are helping her cope.

Nieva said there are a whole host of other targeted therapies that can treat other genetic mutations.

And for those who don't have a genetic driver, immunotherapy is now considered a first-line therapy for those patients.

"The last scan I had," Robinson said, "Everything is clear and nothing is growing."