Not that long ago, Lupita Infante may have given you a ride as a driver for Uber or Lyft. Now, she's making waves as a Grammy-nominated artist.
OTRC
By George Pennacchio 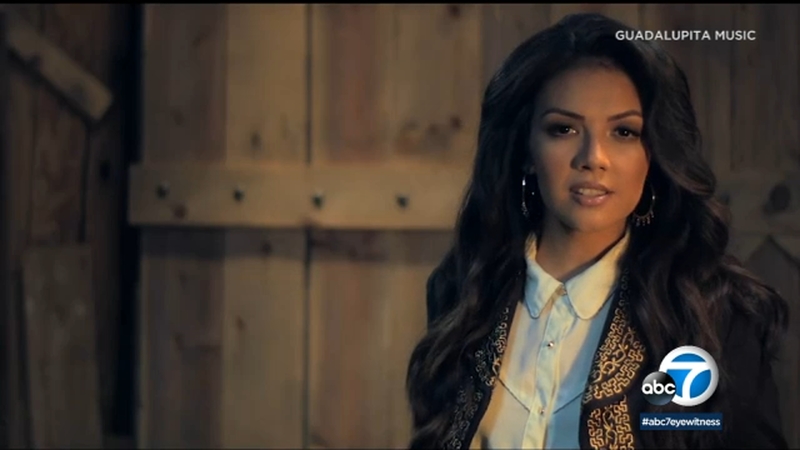 DOWNEY, Calif. -- From rideshare driver to Grammy-nominated artist, here's an inspiring story about a talented young woman from Downey, CA.

Not that long ago, Lupita Infante may have given you a ride as a driver for Uber or Lyft. Now, the singer-songwriter is carrying on her famous family's legacy by making a name for herself in the music world. She's even scored a Grammy nomination in the Best Regional Mexican Music Album category.

"I didn't grow up in the spotlight. I had a very normal, working class life here in the city of Downey," Infante said. "And I identify with that life more than this glamorous life."

"I think that's what really sparked something in me to want to, you know, take up the torch of the Infante legacy," she said.

First, the young singer got an education and graduated from UCLA with a degree in Ethnomusicology (the study of world music).

"I did work for the city of Downey, actually, for a little bit," Infante said about working while in college. "I was working in their senior and community center. And I would sing there all the time. I mean, I would get in trouble for singing but the seniors, they would have breakfast there and they would love it."

After college, Infante set her sights on a singing career. So she'd be available if the right opportunity came up, she started driving for Uber and Lyft.

"I also wanted to make sure that I was able to support myself and, also, I was able to keep following that dream and pursuing a music career," Infante said.

She even found a way to work during the pandemic, recording music videos in her front yard.

"It's such a big accomplishment," Infante said.