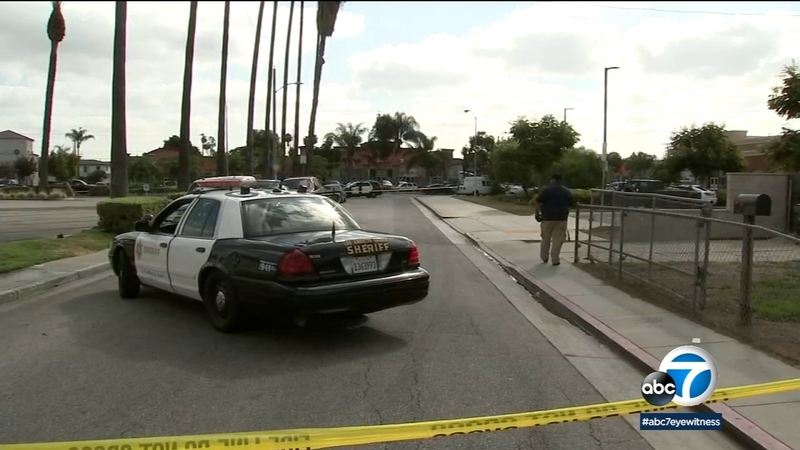 The victim told investigators that he was sleeping in his truck outside an AutoZone in the 10900 block of Long Beach Boulevard about 4:45 a.m. when he was awakened by the suspects breaking into the vehicle.

The security guard was not an employee of AutoZone or any other nearby businesses, according to officials. He left the scene and notified authorities of what had happened.

"The first suspect was pronounced dead at the scene, and the other two suspects were transported to a local hospital," the Sheriff's Department said in a statement. The conditions of the wounded men were unknown.

It was unclear if the suspects knew someone was inside the truck, whose windows are tinted, before the incident.

Investigators are working to confirm that the shooter was a licensed security guard.

"Reportedly he had a guard card," sheriff's Lt. Scott Hoglund told reporters at the scene. "We do not know the validity of the guard card. That still needs to be investigated, to make sure that in fact he was licensed to be armed and carry the firearm."