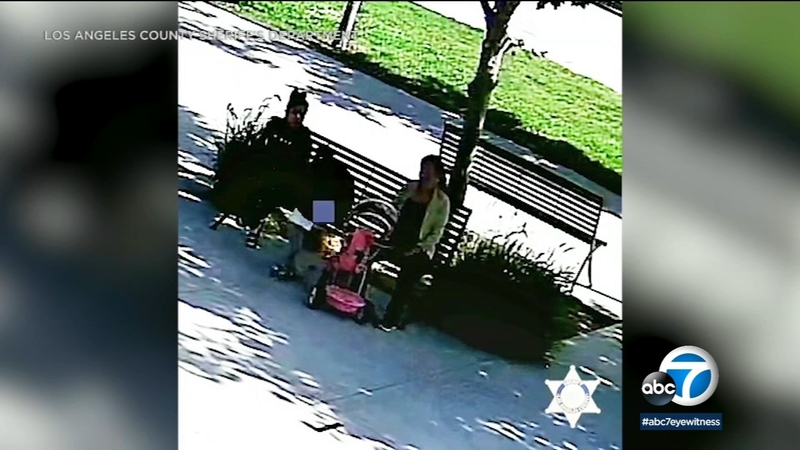 LYNWOOD, Calif. (KABC) -- A 22-year-old woman has been arrested in connection with the abandonment of a newborn baby boy who found in a trash can in a restroom at a Lynwood park earlier this month, authorities said Friday.

The suspect "admitted she gave birth to the abandoned child on June 9, 2021, and discarded the child out of fear," the Los Angeles County Sheriff's Department said in a statement. "The suspect said no one was aware of her pregnancy as she had only been in the United States for 2 months. The suspect stated she came to the U.S. illegally from Guatemala. The abandoned baby was the result of a sexual assault that occurred in Guatemala."

Adoption offers poured in after the newborn was discovered at about 8 a.m. on June 11, in a trash can in a women's restroom at Yvonne Burke-John D. Ham Park.

"The baby was found by a park visitor as she entered the restroom and heard what she described as a whimpering noise coming from the trash can," a sheriff's spokesperson said at the time.

The LASD's Special Victims Bureau launched an investigation, and the baby was listed in stable condition. Authorities on June 16 released surveillance video from the park that shows two women that investigators described as persons of interest.

An investigation is underway after someone abandoned a newborn baby in a bathroom at a Lynwood park.

David Amar, who lives across the street from the restrooms, said his surveillance cameras showed the women going inside two days before the baby was discovered. He believed one of the women is from the neighborhood since his cameras showed her walking to and from the park that night.

In a news release Friday, the Sheriff's Department said both women were located by detectives.

"Further investigation revealed the second female had no knowledge that the suspect was pregnant, and was not arrested," the statement said.

Authorities urged anyone with information about the case to contact the sheriff's department's Special Victims Bureau at (877) 710-5273 or provide anonymous information to Crime Stoppers at (800)222-TIPS.

California has a Safe Surrender law allowing parents to safely surrender their baby at any hospital or fire station. Information about the program and locations in Los Angeles County is available here or by calling 1-877-222-9723.