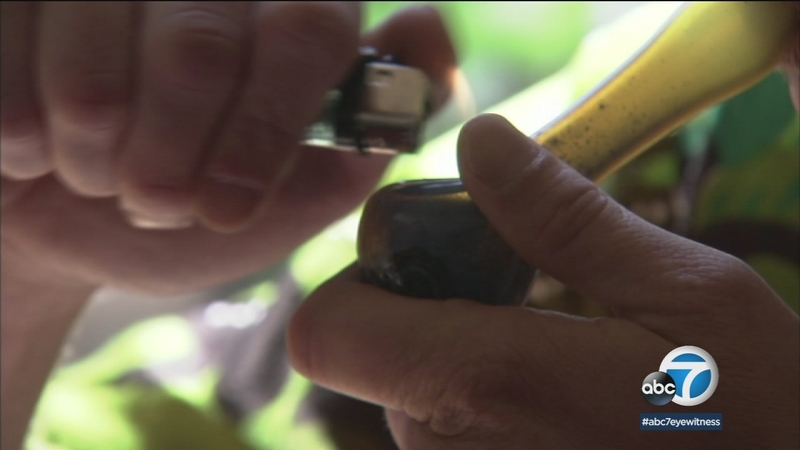 At the top of the list is Jordan Lams, CEO of Moxie, which will refine marijuana plants into high grade cannabis extract in Lynwood.

"We focus on trying to bring consistency to the products in a world that hasn't had access to a consistent supply chain," Lams said.

He was awarded licenses for both medicinal and adult recreational use marijuana. He said it took two years of lobbying, multiple reviews and community support from the city to win approval.

In return, Lynwood gets a better tax base.

"At the beginning they were thinking it would be a couple million dollars anywhere up to potentially tens of millions of dollars," Lams said.

Construction for a 45,000 square foot operation is underway, but it will not be a pot shop. Moxie will cultivate, manufacture and distribute a liquid essence, which some users call "liquid gold."

The concentrate is typically used in vaping. Lam's goal is to sell it to licensed retailers and distributors all over the state.

"When you see someone you love go through tremendous suffering, you really will do anything that you can to bring them relief," he said.

State regulators said all the new licensee must still pass background checks. Lams anticipates many bumps on the regulatory road since marijuana is outlawed on the federal level.

But Lams believes structured regulation can change the culture.