Magic mushrooms, other psychedelics would be decriminalized in California under proposed legislation 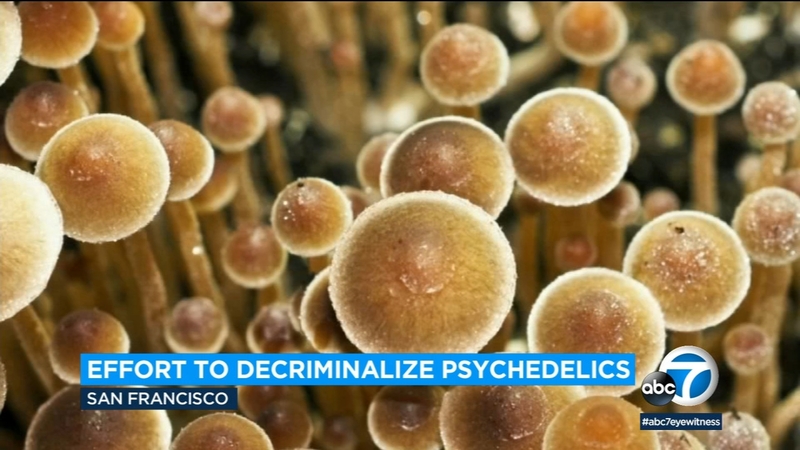 Psychedelics would be decriminalized in California under proposed bill

SACRAMENTO, Calif. (KABC) -- California could become the second state to decriminalize magic mushrooms and other psychedelics.

SB 519, a bill that would decriminalize the possession and sharing of certain psychedelics by people 21 or older, is gaining momentum.

The measure has cleared the state Senate, and an Assembly hearing is set for Tuesday.

He also said it's time to stop criminal-justice policies that target people of color.