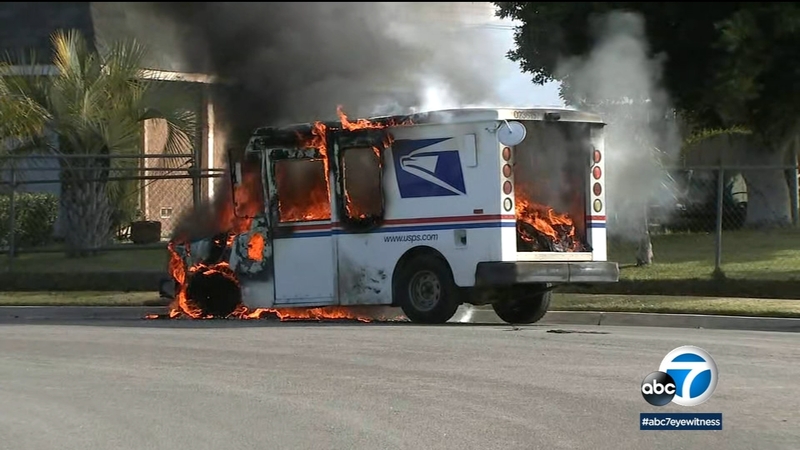 RUBIDOUX, Calif. (KABC) -- A mail carrier in Rubidoux jumped into action to save packages after his truck caught fire on Christmas Eve.

The fire broke out on Razor Way in Rubidoux, just north of the 60 Freeway Tuesday.

The carrier said he was waiting for a tow after his truck broke down when it burst into flames. He was not injured and saved as many packages as he could.