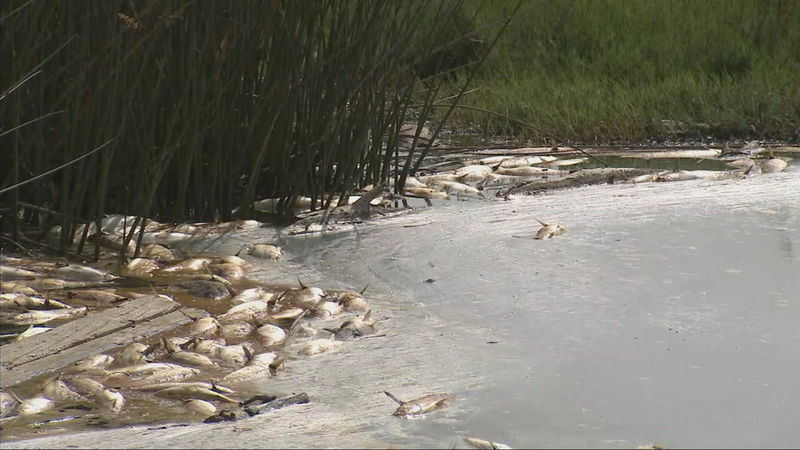 MALIBU, Calif. (KABC) -- Forget about enjoying fresh air at Malibu Lagoon State Beach - a massive die-off has claimed hundreds of fish, which are now rotting along the shoreline.

The California State Parks Department said the fish die-off was first reported Thursday morning. The fish are predominantly mullets with some smelt dying as well.

Parks employees armed with rakes and protective suits were removing the dead fish Monday morning. The department was trucking the fish out to a local landfill.

Wildlife experts said the cause of the die-off is most likely a jump in water temperatures, which are now in the mid-80 degree range.

"What we've had is many days in a row of warm, sunny weather," said Superintendent Craig Sap, with the California State Parks Angeles District. "Here at the coast, we usually have weather that is more foggy and keeps the temperature down, but that's just the working theory right now."

Sap said oxygen levels in the lagoon are right where they should be, but several of the fish have been sent to labs to check for other reasons for the die-off.

"It's a very specific test they're taking as far as the water is concerned," he said. "It may take a week or two."

In the meantime, the popular beach is not so popular anymore. Some tourists gave up on Malibu for other beaches.