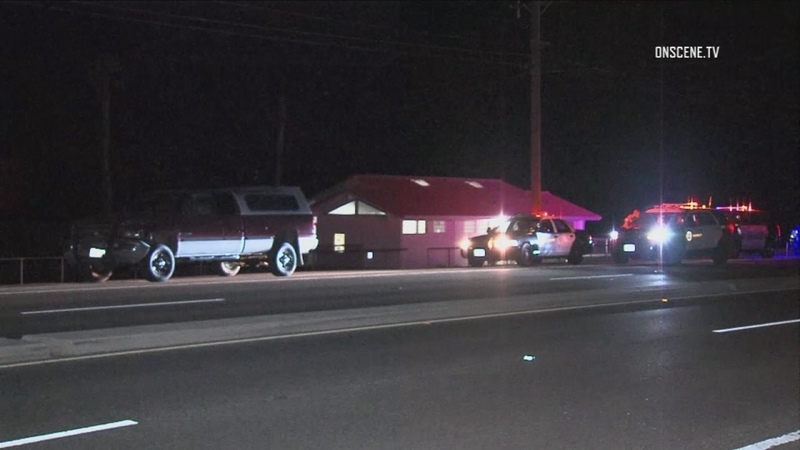 MALIBU, Calif. (KABC) -- An attempted robbery at a Malibu home led to shots being fired and two car crashes as the victim tried to take justice into his own hands.

Ventura County sheriff's officials received a report of a trespass in progress around 1:35 a.m. Monday. A resident from the 12000 block of Yerba Buena Road told authorities that there was a burglary suspect on his property.

The victim armed himself with a handgun and confronted the suspect. During the confrontation, the suspect ended up wrangling the handgun away from the victim and shot at him, investigators said.

The victim was not struck. He ran into his home and grabbed a shotgun while the suspect fled the area in a car carrying an all-terrain vehicle.

According to sheriff's officials, the victim got into his car and started searching for the suspect. He eventually tracked him down in the 29000 block of Pacific Coast Highway.

The suspect fled the scene and continued to travel along PCH. Los Angeles County sheriff's deputies located the suspect's car approximately 1/4 mile away, where he had crashed again - this time into a vehicle trailer.

The suspect and the ATV were nowhere to be found.

A detailed description of the suspect was not available. He was described to have a medium build and was last seen wearing a plaid shirt and blue jeans.