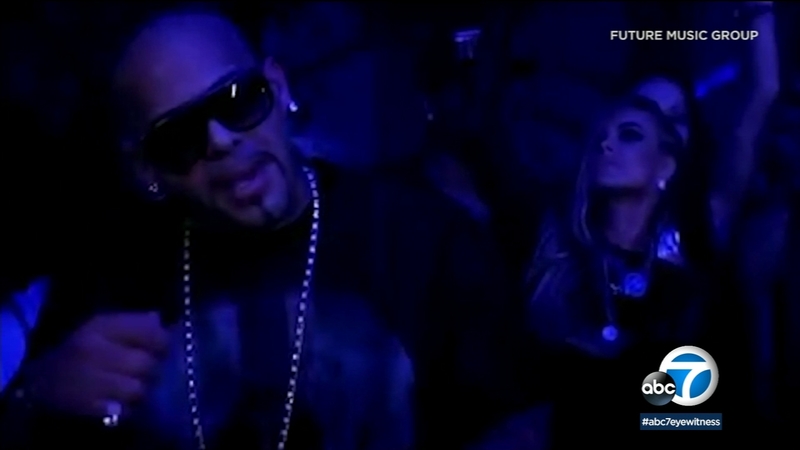 ENCINO, LOS ANGELES (KABC) -- A search warrant was served Wednesday at the Encino home of hip-hop producer Mally Mall in connection to an investigation into human trafficking and trafficking of exotic animals.

The warrant was served in the 4000 block of Grimes Place Wednesday morning by officers with the robbery/homicide division and the California Department of Fish and Wildlife.

An African cat known as a Serval was removed from the home.

"The laws in the fish and game code concerning permitting and caging requirements are there for both animal safety, as well as public safety. If those laws are violated and those people continue to break the laws and have these kinds of animals, there's the potential for people and animals to get hurt and that will not be tolerated," said warden Michele Budish.

Wildlife officials say multiple warrants were served and a spider monkey was removed from another location.

Mall, whose real name is Jamal Rashid, was later spotted walking back into his mansion hours after the raid.

According to Mall's website, he has worked with artists such as Tyga, Drake, Justin Bieber, Future, Sean Kingston, and Snoop Dogg.

Neighbors say they've seen a lot of people coming and going from the home but some were surprised to learn Mall had exotic animals.

"I've never seen anything that was atrocious or that caused me pause," said neighbor Heather Michaels.