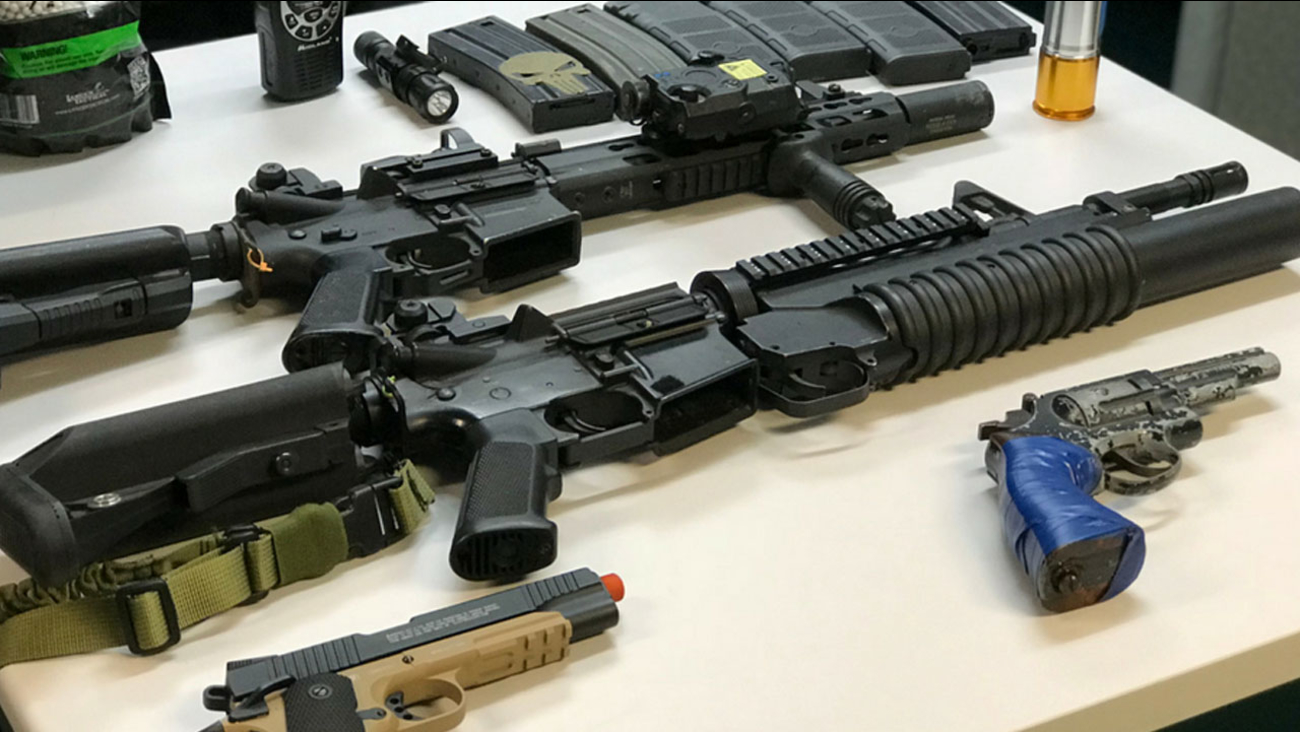 Authorities provided a photo of the replica weapons found the suspect, Joseph Fierro's, vehicle after a search on Saturday, Nov. 4, 2017. (Azusa Police Department)

Authorities said the incident happened around 4:45 a.m., when the department began receiving numerous calls about a man with a gun near Citrus and Alosta avenues.

Witnesses said a man between 40 and 50 years old threatened between 10 and 15 people who were preparing for the Canyon City Marathon. The man appeared to be holding a rifle as he circled them with his vehicle.

At one point, the man stopped, got out of his vehicle and pointed the rifle directly at the victims as he continued to make threats. Then he got back in his car and fled the scene, heading east on Alosta Avenue.

The man was described to be driving a black raised GMC truck with a green toolbox in the back and aluminum wheels. His passenger window was taped with plastic.

Since several police departments were assisting Azusa police with security at the event, they provided help in locating the suspect. He was found at a home in Rancho Cucamonga.

Authorities headed to the residence and detained Joseph Fierro, 51, as they searched his vehicle. Police found several replica guns, pellets, magazines and other items in the truck.

Fierro was then arrested on suspicion of assault with a deadly weapon and booked at Azusa Police Department. He is being held on $50,000 bail.

Anyone with more information or who may have experienced a similar incident with a similar vehicle and suspect is urged to call the Azusa Police Department at (626) 812-3200.
Report a correction or typo
Related topics:
azusalos angeles countyweaponsarrestrunninggun violencepellet gun
Copyright © 2020 KABC-TV. All Rights Reserved.
More Videos
From CNN Newsource affiliates
TOP STORIES