KABC
By ABC7.com staff
TEMECULA, Calif. (KABC) -- A man who fatally stabbed a 19-year-old man last year in the parking lot of a Temecula Walmart after a road-rage incident was found guilty Monday of second-degree murder and making criminal threats.

The murder charge against James Beckham Fortney included an enhancement of using a knife, according to the Riverside County District Attorney's Office.

The fatal incident occurred Nov. 29 when Fortney started a fight with Kevin Rodriguez outside the Walmart on Temecula Parkway, prosecutors said.

"Fortney grabbed the much smaller Rodriguez by the throat and the victim tried to defend himself," the DA's Office said in a statement. "The two men briefly separated a few feet from each other but Fortney then pulled out a 6-inch folding knife. Without warning, Fortney lunged at the victim, stabbing him in the chest."

According to prosecutors, Fortney then threatened the victim's girlfriend by saying "You're next" when she ran toward the wounded Rodriguez.

Witnesses called 911, and several of them rendered medical aid to the victim.

"Using his cellphone, Fortney recorded the victim as he was dying and later joined in the life-saving efforts," the DA's Office said. Rodriguez was transported to a hospital, where he was pronounced dead.

The young social media star's Instagram account had a following of more than 37,000. He listed his occupation as a freelance videographer.

Fortney was taken into custody by Temecula police after they arrived at the scene.

He is scheduled to be sentenced Nov. 19. He faces a maximum sentence of 16 years-and-8-months to life in prison.
Report a correction or typo
Related topics:
temeculariverside countymurderverdicthomicidewalmartstabbing
Copyright © 2021 KABC-TV. All Rights Reserved.
RELATED 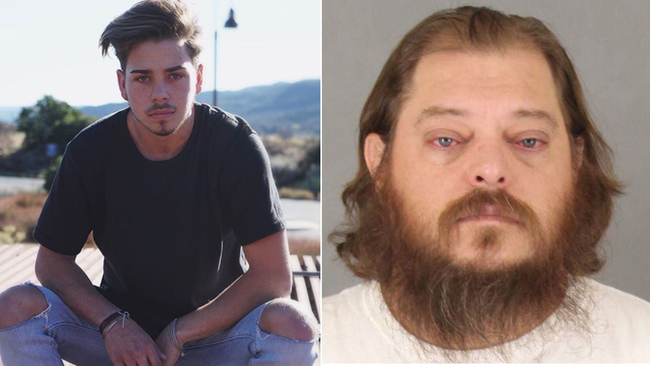