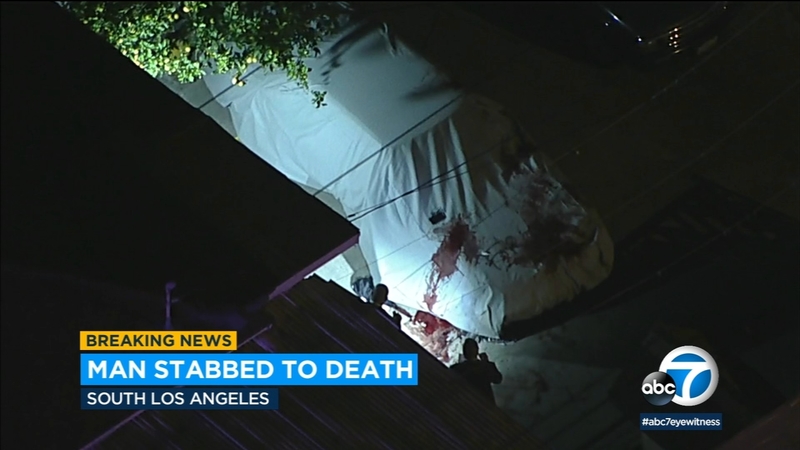 Detectives also found a pool of blood on a sidewalk nearby.

The victim had been involved in a physical altercation with an unknown male, according to investigators. During the altercation, the victim suffered apparent stab wounds.

A Ventura County man who encountered two burglars inside his Oak Park home took matters into his own hands, striking one of them and detaining the other until authorities arrived.

They say the stabbing victim ran to a neighbor's house, pleading for help. Those neighbors called 911 and he was transported to a hospital.

The man later died at the hospital.

Deputies have not released a description of the suspect and the murder weapon remains outstanding.

The murder is being investigated as gang-related, the Sheriff's Department said.