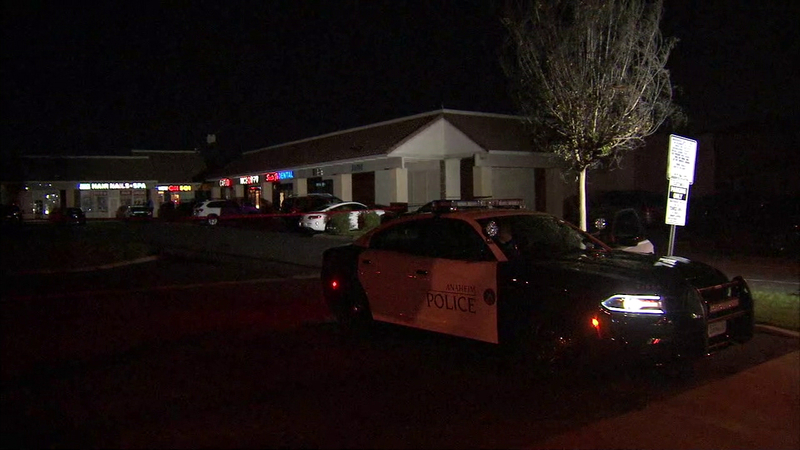 Man dies after being found stabbed at Anaheim strip mall

ANAHEIM, Calif. (KABC) -- A homicide investigation was underway early Tuesday morning after a man in his 30s was found fatally stabbed at a strip mall in Anaheim, authorities said.

Officers responded about 1 a.m. to the 2800 block of West Lincoln Avenue, according to the Anaheim Police Department. The victim was transported to a hospital, where he died.

He was not immediately identified.

Whether the man was attacked at the strip mall or elsewhere, possibly during an altercation, was unclear, investigators said.