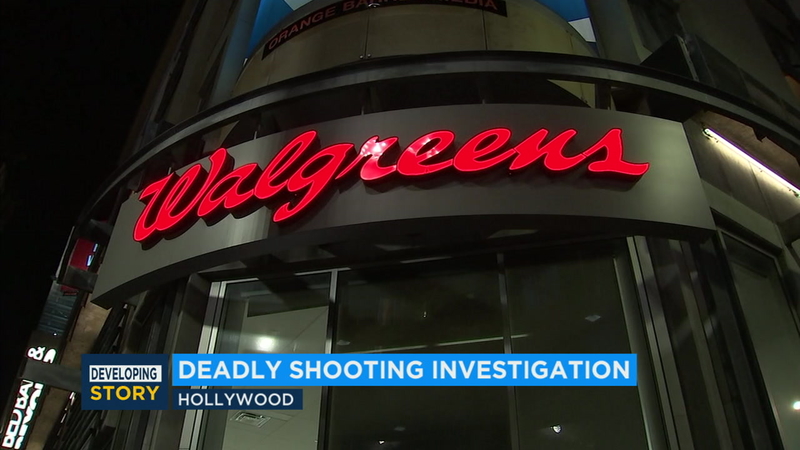 HOLLYWOOD, LOS ANGELES (KABC) -- Police are investigating a fatal shooting after a security guard shot a 21-year-old man suspected of shoplifting at a Walgreens store in Hollywood Sunday night.

The shooting occurred on the 1500 block of Vine St. at approximately 8:10 p.m. The incident is described as a shoplifting incident, but police said it did not appear the man left the store.

The person shot was transported to a hospital, where he was pronounced dead.

The security guard was cooperating with detectives and was not considered to be in custody. No other injuries were reported.
Report a correction or typo
Related topics:
hollywoodlos angeles countyfatal shootinglapdwalgreensshooting
Copyright © 2021 KABC-TV. All Rights Reserved.
More Videos
From CNN Newsource affiliates
TOP STORIES