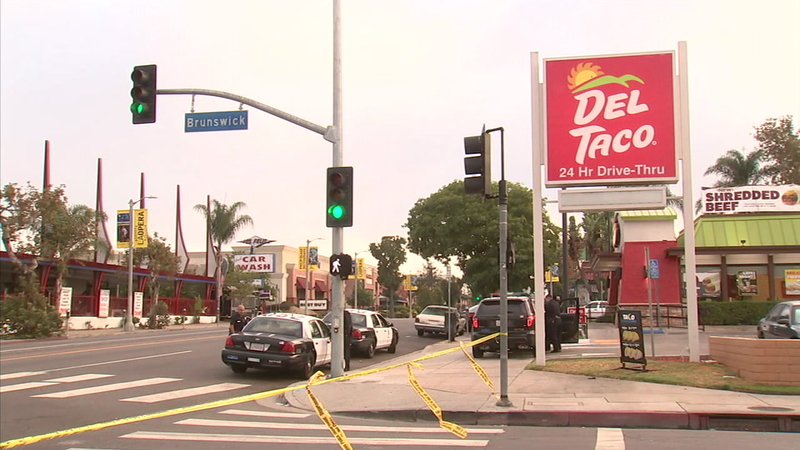 ATWATER VILLAGE, LOS ANGELES (KABC) -- A homicide investigation is underway in Atwater Village after a shooting outside a Del Taco restaurant left a man dead.

The shooting was reported by multiple callers just before 11 p.m. Saturday at the intersection of Brunswick Avenue and Los Feliz Boulevard.

Los Angeles police officers found the victim, a man believed to be in his 20s, on the sidewalk with at least one gunshot wound, according to LAPD Sgt. Daniel Trunco.

Coroner is at the scene of a fatal shooting on Brunswick Ave and Los Feliz Blvd in Atwater Village. Live update at 7am on @ABC7. #shooting #crime #atwatervillage #LAPD pic.twitter.com/D115H14d57

Witnesses said they saw a dark-colored car leaving the scene after the shooting. It's not yet clear whether the shooter or shooters were out of the car when shots were fired.

Longtime residents said the area is getting increasingly dangerous. Jesse Hughes said the nearby Chevron gas station has been robbed multiple times lately.

"This particular intersection of Los Feliz and Brunswick, it's a very nice neighborhood and a nice true neighborhood, but it seems like a hotbed for crime. It's sort of heartbreaking when you live in a community where that's the sort of thing you need to be prepared for," Hughes said.