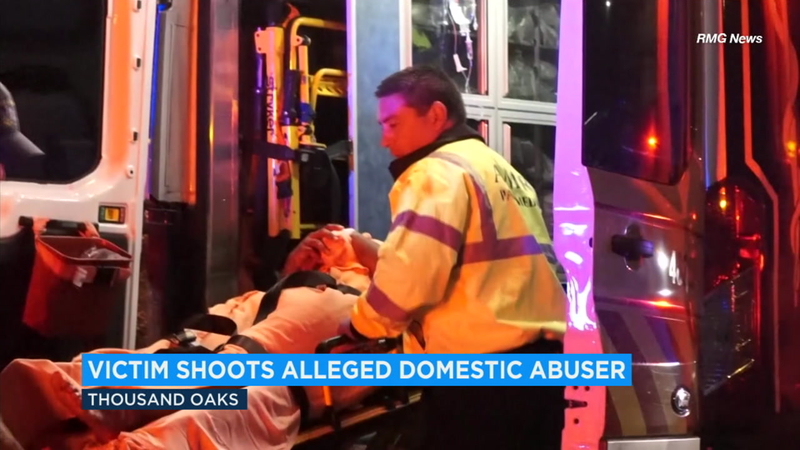 THOUSAND OAKS, Calif. (KABC) -- A 25-year-old man who allegedly sexually battered his girlfriend and assaulted her with a firearm told sheriff's deputies that he had been shot by her when they found him covered in blood early Saturday morning in Thousand Oaks, authorities said.

Raphael Bhatti, 25, was encountered by the deputies about 12:35 a.m. as they were responding to a report of a domestic violence incident, the Ventura County Sheriff's Department said in a statement. At the time, his vehicle was parked on Moorpark Road, just south of the 101 Freeway.

Bhatti's gunshot wound was described by authorities as serious but not life-threatening.

Other deputies, assisted by a Special Enforcement Unit, went to a nearby home in the 300 block of Rolling Oaks Drive and contacted a female involved in the incident.

"Investigators learned that the female subject was the victim of domestic violence and several other crimes as well," the news release said. "Detectives learned that Bhatti had been in a dating relationship with the victim, and had held the victim against her will for several hours" at the residence.

During the course of the evening, according to authorities, Bhatti: battered the victim, causing serious bodily injury; pointed a firearm at her and threatened to kill her; used force to prevent her from leaving the home; and sexually battered her.

The female, whose identity was not disclosed, was treated for numerous injuries at a hospital.

Investigators discovered that Bhatti is a convicted felon from Virginia who has "an extensive criminal history" in that state and Maryland, the Sheriff's Department said. Detectives searched his home and found two firearms, as well as evidence "consistent with the victim's statement," the news release added.

One of the weapons had been reported stolen from Prince William County, Virginia, according to authorities.

"Bhatti is continuing to receive medical care for his injuries, and has not been arrested for his involvement in the incident," the sheriff's statement said, adding that the investigation is ongoing.