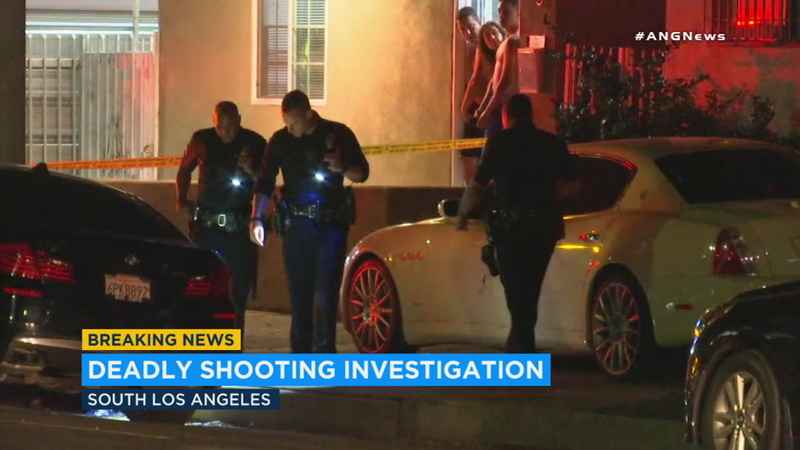 SOUTH LOS ANGELES (KABC) -- An investigation is underway in South Los Angeles Wednesday morning after a man was found shot to death on a sidewalk.

Authorities were called to the 2500 block of Florence Avenue shortly before midnight.

The victim was found alongside a parked Maserati, but it's unclear if the luxury car is part of the investigation.

Friends and family appeared distraught at the scene of the crime after they identified the victim's body. The person's name and age have not been released.

The circumstances of the shooting remain unclear, but authorities said it appeared only one shot was fired.

No suspect or motive information were released.