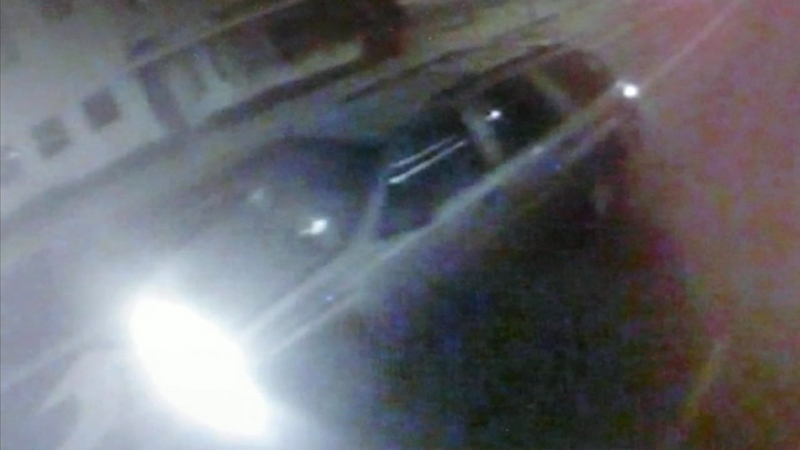 DOWNTOWN LOS ANGELES (KABC) -- A search is underway for a hit-and-run driver who struck and killed a man walking in a crosswalk in downtown Los Angeles early Friday, police say. The crime was captured on surveillance video.

Los Angeles police responded to a call of a pedestrian struck shortly before 5:30 a.m. near 3rd Street and Union Avenue.

They said a 78-year-old man, identified as Byung Gyu Yu, was crossing the street when he was fatally struck by an SUV that then fled the scene.

Authorities said he lived at the nearby senior living facility The Steel Plaza Apartments.

"The pedestrian was in the crosswalk," LAPD Det. Juan Campos said. "However, the angle of the camera does not show who had the right-of-way right now. It looks like he might have been hit by the car and was on top of the car and fell off the car. It's not too clear right now."

Police said they were looking for a gray 2012-2015 Chevy Trailblazer. Police believe it may have damage to the front hood and possibly a broken windshield or driver's-side window.

Detectives were further reviewing surveillance video from a Metro bus that was in the area when the crime occurred, hoping to find new leads on the driver and the vehicle.