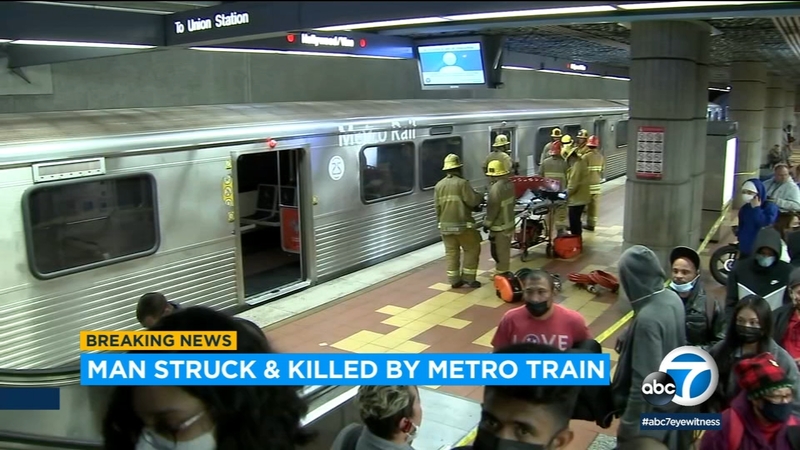 The victim became trapped under the train, according to Los Angeles Fire Department spokesman Brian Humphrey.

The crash happened at the station at 6250 Hollywood Blvd. around 8:15 p.m., according to Humphrey.

Firefighters located the trapped man and discovered he was dead, Humphrey said.

The man's name will be withheld pending notification of next of kin.

Firefighters were in the process of removing the body, Humphrey said.

It was unclear whether the man fell or jumped in front of the train.