Police investigating after Asian man stabbed in back in NYC's Chinatown 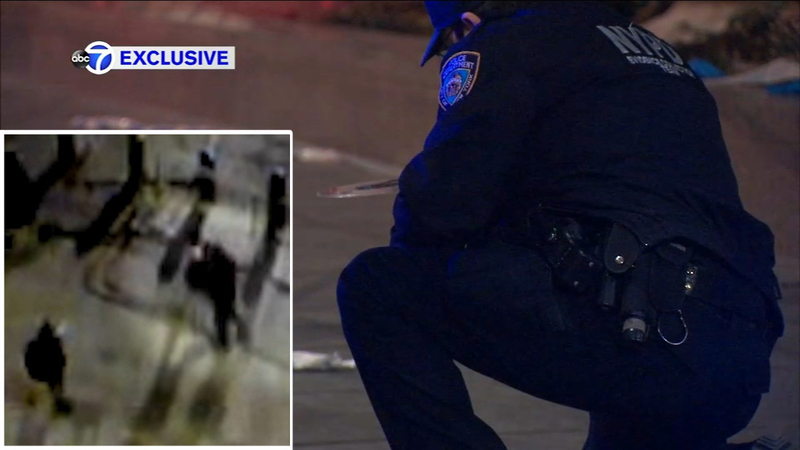 No words exchanged before man stabbed in back in Chinatown

CHINATOWN, Manhattan -- Police are investigating after an Asian man was stabbed in the back in New York City's Chinatown on Thursday night.

According to police, no words were exchanged between the 36-year-old victim and the suspect before the attack.

The suspect took off running after the stabbing and bystanders came to the aid of the victim who was taken to hospital.

Officials say the man had to undergo surgery and his condition is deteriorating.

New York City's Asian Hate Crime Task Force has been called in to assist in the investigation. Currently, there is no evidence of a hate crime.

Police are looking for the men caught on camera invading and robbing a home in Oakland's Fruitvale/Central area on Jan. 29.

Sources say a person of interest walked into the Manhattan district attorney's office and turned himself into police.

They say the security guard at the location alerted authorities. Officers then arrived and took the suspect into custody and sources say they are currently being questioned.

Community members said they were outraged and angry after the latest attack on an Asian New Yorker.

Mayor Bill de Blasio and other officials spoke out earlier this week about the city's renewed effort to confront hate crimes against Asians.

"Every community suffered, but there's been a particular pain, a particular horrible challenge, faced by the Asian American community," de Blasio said. "Because on top of all the suffering from the coronavirus itself, on top of losing loved ones losing businesses, people have had to confront horrible discrimination and hatred."

The Asian Hate Crime Task Force is focusing on the entire city, but they will pay particular attention to the subways after a rash of incidents in the transit system.

Community leaders say the incident is just another reason why the task force should be funded and staffed with full-time officers.

"You need to be able to give them the resources that they need to help focus on solving the problem," community advocate Jenny Low said. "I believe they have very good officers who are well-trained to do that. But a volunteer gig is still a volunteer gig."

Actors Daniel Dae Kim and Daniel Wu are offering a $25,000 reward for information leading to an arrest of the man Oakland police say is responsible for shoving a 91-year old man to the ground in Chinatown.