Man stabbed in neck by suspect at Riverside Metrolink station 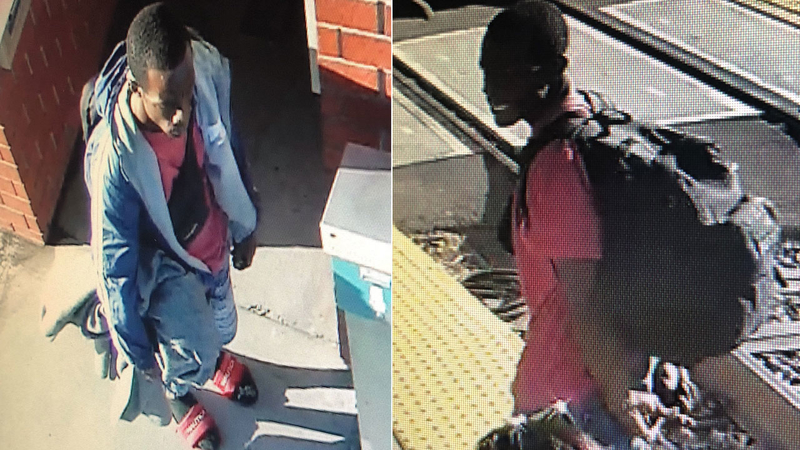 RIVERSIDE, Calif. (KABC) -- A 69-year-old man was stabbed in the neck by another man while waiting on the platform at the Riverside Metrolink station.

Authorities said the incident happened around 8 a.m. when the victim was brought to the station by his friends. One of those friends waited with him on the train platform.

As they waited for the train, another man approached them, they had a brief conversation and then the suspect pulled out a knife, stabbing the victim once in the neck.

The suspect took off running along the train tracks.

Later Sunday, authorities released surveillance video of the suspect and the attack.

#BREAKING: FIRST LOOK at the suspect accused of randomly stabbing a 69-year-old man at the Riverside Metrolink station. @ABC7 pic.twitter.com/xDy5AoxAxb

In that surveillance video, the victim calmly walked toward his friend's car, where they called 911 and paramedics quickly arrived. His friend Katrina had just dropped him off at the platform.

"He said, 'I've been hit. I've been hit.' And I seen he was holding his neck and I seen blood coming all down on his clothes and everything," she said.

She added that her friend began to slump down the side of her car as he continued to lose blood.

The victim was taken to a hospital where he underwent surgery and was listed in critical but stable condition.

"It is very rare to have anything random like this, especially at this downtown station here in Riverside. We don't see things like this very often. We don't know what could have provoked it," Officer Ryan Railsback said.

The suspect may be homeless, authorities said, and is between 25 and 30 years old with short dreadlocks. He was wearing one shoe with high socks.

Authorities were working with K-9s to track the suspect down.

Metrolink, which suspended stops at the station, will be back up and running by Monday morning.