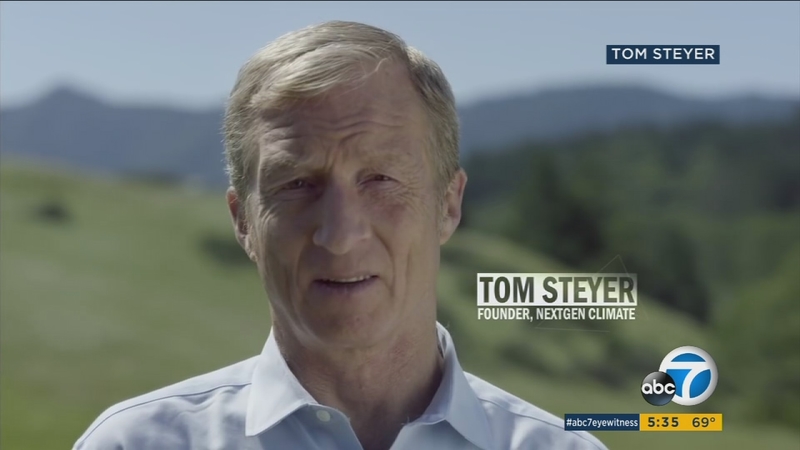 LOS ANGELES (KABC) -- NextGen Climate founder and billionaire Tom Steyer has urged for participation in the March for Science on Saturday.

In Santa Barbara Monday, protesters greeted Secretary of the Interior Ryan Zinke who was there to explain the president's plan to expand offshore oil drilling.

"This is an administration that is funded by the oil and gas companies to lie," Steyer said.

As a candidate, the president vowed to withdraw from the 2015 Paris climate agreement to reduce greenhouse gasses. Although the president has since reportedly softened his stance, Steyer receives little comfort.