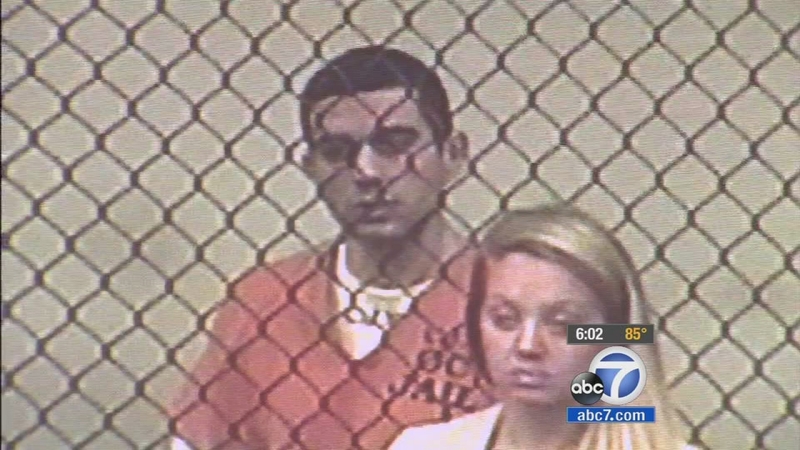 Fugitive returned to OC in torture of pot dispensary owner

SANTA ANA, Calif. (KABC) -- A fugitive accused of kidnapping, torture and severing a man's penis appeared in a Santa Ana courtroom Wednesday after being extradited halfway around the world.

Prosecutors allege the defendants, including Naomi Josette Rhodus, 34, put together a plan. They videotaped the victim's home and recorded his frequent trips to the desert. But a week before the kidnapping, Newport Beach police tried to pull Nayeri over for a traffic violation. The incident turned into a pursuit. Nayeri fled leaving his car behind.

"They found that he was in possession of surveillance video as well as footage of a home, which at the time had no relevance to them, there was no criminal relevance," Emami said.

Prosecutors say Nayeri and his friends still went ahead with the kidnapping, allegedly zip typing the victim and his roommate's girlfriend, then driving them to the Mojave Desert, where they mistakenly believe he had buried money.

"The defendants are accused of brutally torturing this victim, they were beating him, they used a blowtorch to burn him," Emami said. "They cut off his penis, they caused him very, very serious injuries."

Prosecutors allege the suspects drove away with the penis so that it couldn't be reattached.

After the defendants took off, the female victim was able to run a mile in the dark for help.

Handley was arrested after investigators allege they found evidence in his home. DNA on that evidence linked the other defendants to the crime.

Nayeri fled to Iran, but was captured in the Czech Republic. He was extradited from Prague and arrived in Orange County on Monday night, Senior Deputy District Attorney Heather Brown said.

Nayeri asked that his arraignment be postponed so he could review his options for legal representation. His arraignment was rescheduled for Sept. 24, but he remains jailed without bail.

He faces up to life in prison without the possibility of parole if convicted.