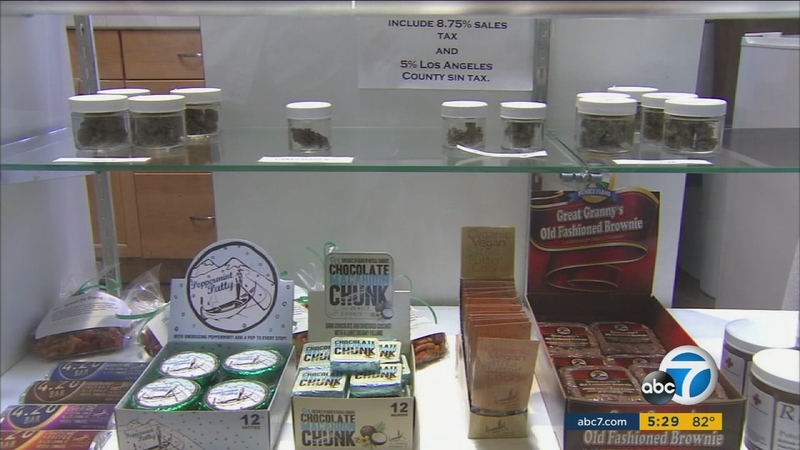 LOS ANGELES (KABC) -- Recreational marijuana users may be looking forward to Jan. 1, the day the drug becomes legal in California, but for Los Angeles-based cannabis businesses that date is nothing to celebrate.

That's because the LA City Council's latest draft of cannabis regulations requires current marijuana dispensaries to shut down on the first of the year and wait for a retail license to be granted - something that wouldn't be guaranteed.

"It's going to make it harder for the people who want to operate legally to continue on operating," Tomer Graziani of the Southern California Coalition told committee members during a special meeting of the city council's Rules, Elections and Intergovernmental Relations Committee Monday morning.

Dispensary operators say the closure rule will either force them to leave the LA city limits or shut down permanently, putting employees out of work and costing city coffers millions in lost taxes.

Council President Herb Wesson acknowledged the problems the local cannabis industry is facing with the looming deadline fast approaching and admitted that whatever rules are put in place, they'll most likely need to be replaced down the road. He says most interested parties agree with the vast majority of the proposed regulations.

Wesson wants to "move this 85 percent of this proposal that no one has issues with," he told Eyewitness News, "and then I can focus the other 15 percent of the time on these more contentious issues."