The remains of seven Marines and a Navy sailor who died when an amphibious assault vehicle sank in the ocean were transferred to Dover Air Force Base.
City News Service 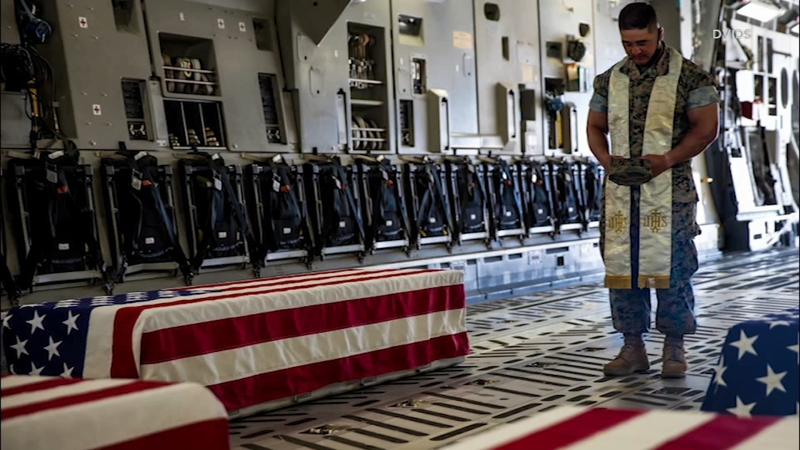 SAN DIEGO, Calif. (CNS) -- The remains of seven Marines and a Navy sailor who died two weeks ago when an amphibious assault vehicle sank in the ocean near San Clemente Island were transferred Thursday from Marine Corps Air Station Miramar to Dover Air Force Base, the Marine Corps announced.

Six military pallbearers escorted each of the late servicemen's caskets aboard a U.S. Air Force C-17 bound for the Delaware base for final preparation for burial, after which they will be released to their families for final arrangements.

The amphibious troop-transport vehicle the Camp Pendleton-based personnel were aboard foundered for unknown reasons July 30 during a maritime training mission about 80 miles west of Encinitas and went down in water nearly 400 feet deep. Seven other members of the crew survived.

The military recovered the victims' bodies from the sea floor Friday.

The body of Lance Cpl. Guillermo S. Perez, 19, of New Braunfels, Texas, who also died when the AAV sank, was transferred from San Diego to the Air Force installation in Delaware last Wednesday.