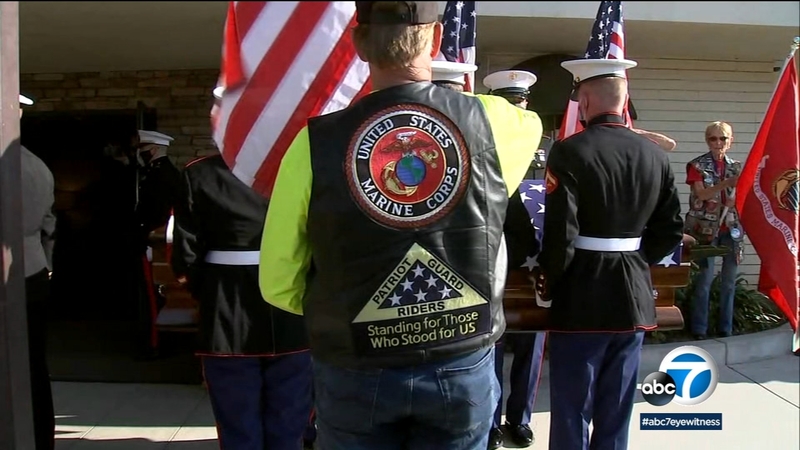 CORONA, Calif. (KABC) -- The body of a local Marine was escorted home to Corona on Wednesday to be laid to rest.

The 19-year-old and other members of his Camp Pendleton-based unit were on a training mission off San Clemente Island last month when their landing craft sank.

In all, nine service members were killed in the accident.

They were aboard an amphibious assault vehicle that was heading back to a Navy ship after a routine training exercise when it began taking on water about a half-mile from the Navy-owned island.

The Navy has located a seafaring tank that sank off the Southern California coast last week and was working to recover human remains, officials said Tuesday.