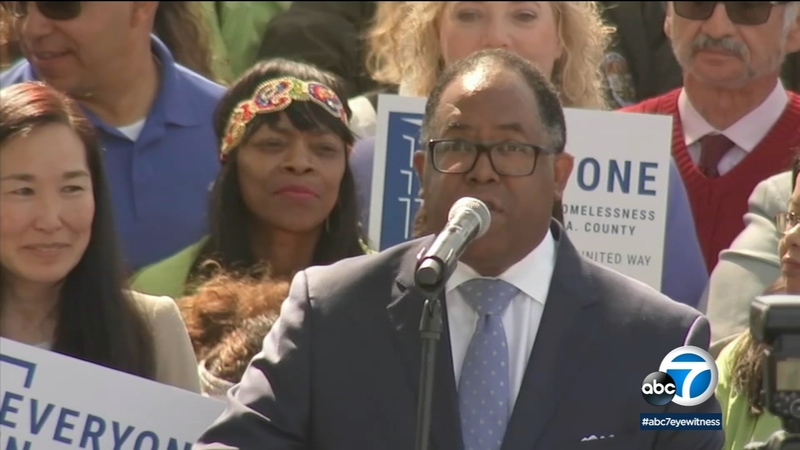 Ridley-Thomas will 'step back' from LA City Council

LOS ANGELES (KABC) -- Los Angeles City Councilman Mark Ridley-Thomas, who was indicted last week on federal corruption charges, said Monday in a letter that he will "immediately step back" from many of his duties, but will not resign.

In the letter to fellow city councilmembers, Ridley-Thomas said he has "every intent of fighting these outrageous allegations and expect to be fully exonerated."

The 20-count indictment filed in Los Angeles federal court alleges that Ridley-Thomas conspired with Marilyn Louise Flynn, 83, former dean of USC's School of Social Work, who prosecutors claim agreed to provide Ridley-Thomas' son with graduate school admission, a full-tuition scholarship and a paid professorship at the university. She also allegedly arranged to funnel a $100,000 donation from Ridley-Thomas' campaign funds through the university to a nonprofit to be operated by his son.

In exchange, the indictment alleges, Ridley-Thomas, who was at the time a Los Angeles County Supervisor, supported contracts involving the School of Social Work, including contracts to provide services to the county Department of Children and Family Services and Probation Department, as well as an amendment to a contract with the Department of Mental Health that would bring the school millions of dollars in new revenue.

"I fully appreciate the importance of the Council being able to conduct business with minimal distractions," Ridley- Thomas said in the letter, adding that he will step back from city council and committee meetings.

"I look forward to resuming my participation at the earliest appropriate time," Ridley-Thomas added.

The Los Angeles City Council is scheduled to meet at 10 a.m. Tuesday, its first meeting since the charges against Ridley-Thomas were announced. A meeting of the council's Homelessness and Poverty Committee, which Ridley-Thomas chairs, was canceled last Thursday.

Ridley-Thomas is scheduled to be arraigned Wednesday afternoon in downtown Los Angeles. Flynn's arraignment was set for Oct. 25.