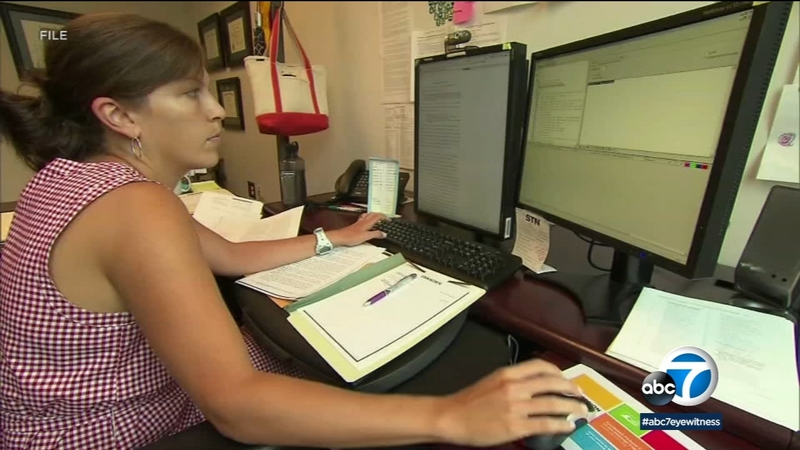 LOS ANGELES (CNS) -- In an effort to close the large gender pay and representation gaps in the city's workforce, the Los Angeles City Council voted Tuesday to develop a plan to better recruit, hire and retain women and nonbinary individuals across departments.

Galperin noted that a 2018 Census Bureau study found that women in the U.S. earn 82 cents for every dollar earned by a man, and Los Angeles' workforce pay gap is even wider.

"Women working at the city earn, on average, just 76% of what men make and took home just 24% of the gross amount the city paid its employees last year,'' Galperin said.

"Most alarmingly, my office found that women earned 9% of the $884 million in overtime paid by the city in 2019, with men earning $801.5 million, or 91% of all overtime. And only two of the 100 highest paid City of Los Angeles employees were women, with the remaining 98 top earners men.''

The child tax credit included in the COVID relief bill heading to President Joe Biden's desk would help reduce the number of children living in poverty by more than half, according to experts.

It is likely that the COVID-19 pandemic will make these statistics even worse if we don't take action to address these gaps,'' she said. "While we are currently having a hiring freeze, we need to implement the recommendations in this audit and start preparing to hire more women as we recover.''

On a 14-0 vote, the council instructed the city's Personnel Department, with assistance from the Human Relations Commission and the Commission on the Status of Women, to develop a plan with clear goals to improve recruiting, hiring, development and retention of nonbinary people and women, with a specific mention to include women of color and transgender women, in city departments.

The council also ordered the creation of a working group of city officials, community and labor partners to design a clear pathway to help women and nonbinary individuals participate in all job classifications and promotional opportunities, with a focus on higher paying jobs with overtime access.

The largest city departments, which were identified by Galperin, will have to submit annual reports on their efforts to attract, recruit, hire and retain more women and nonbinary individuals to all levels of city government, including entry-level positions that are normally dominated by men.

The council also passed a resolution to support the creation of a task force to develop a "Marshall Plan for Moms'' to urge Congress and President Joe Biden to pass legislation to support women, including compensation for mothers for their unpaid labor, paid family, pay equity and affordable childcare benefits.

"Women have been undervalued in the roles that they provide in so many important measures, whether it's the work that comes with motherhood and running a household to all of the gains that we have achieved, all of the glass ceilings that we have broken,'' Councilwoman Monica Rodriguez said. "Women have time and time again had to fight for any level of equal footing in comparison to our male counterparts.''
Report a correction or typo
Related topics:
societylos angeleslos angeles countyjobs hiringeric garcettijoe bidencongressequal rightswomen
Copyright © 2022 by City News Service, Inc. All Rights Reserved.
TOP STORIES
Gov. Newsom pardons woman who killed her pimp as a teen
1 wounded in South LA shooting involving LAPD
Abortion-rights supporters hold SoCal rallies over July 4 weekend
SF couple gets $1,500 fine for parking in their driveway
4th of July fireworks in Southern California: Where to watch
After cyclist death, Griffith Park temporarily closes road to cars
Villanueva's former top aide admits belonging to alleged deputy gang
Show More
UPS driver, 24, collapses, dies in SoCal heat
Uvalde school police chief resigns from city council
New Glassell Park restaurant at center of gentrification debate
14 suspects grab and run out with merchandise from Century City mall
California bid to create legal drug injection sites advances
More TOP STORIES News