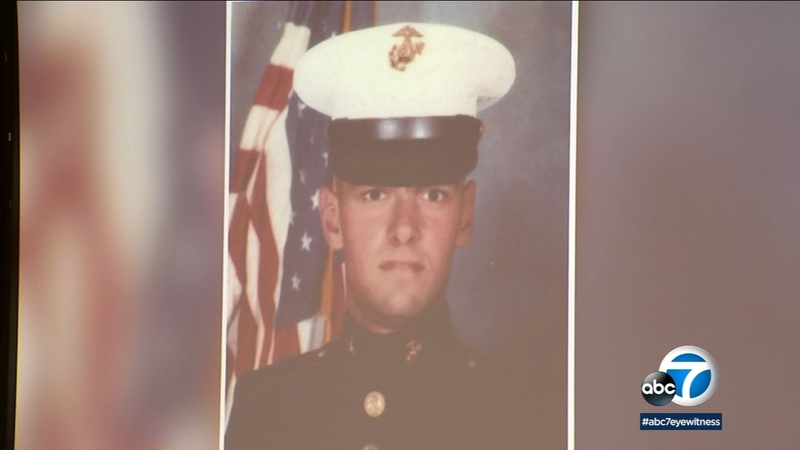 MANHATTAN BEACH, Calif. (KABC) -- A remembrance ceremony was held Thursday for a Manhattan Beach officer who was shot and killed in the line of duty 25 years ago.

"That was obviously a horrific night for all of us. I was working that night," Capt. Tim Hageman said.

The shooting happened near the Manhattan Village shopping center. Martin Ganz, 29, had his 12-year-old nephew Don with him for a ride-along when Ganz ordered a car to pull over for a traffic violation.

The driver was identified as Roger Brady.

"Brady exited the vehicle and fired a shot at Martin, striking him. Martin took cover at some point behind his police car. Brady followed him, basically stalked him, and executed him," Hageman said.

Ganz's nephew was unharmed. Brady was arrested several months later after murdering a nurse in Oregon.

Brady was convicted of Ganz's murder in 1998. He is currently on California's death row.

"I went to sleep one night and I was in love and engaged and planning for my future. With a simple phone call all of that changed and I awoke to a nightmare," Pamela Schultz said.

Ganz's fiancée said she vowed to keep his named alive, helping to get a stretch of the 405 Freeway named in his honor. Ganz served in the Marines before joining the Manhattan Beach Police Department.

"Since 10th grade in high school, he knew he was going to put that uniform on," sister Janet Chase said.

Known for his infectious smile, Ganz's family said he loved being a motor officer.

On the 25th anniversary of his death, more than 100 people walked to the memorial at Live Oak Park to place flowers on a casting of his motorcycle helmet.