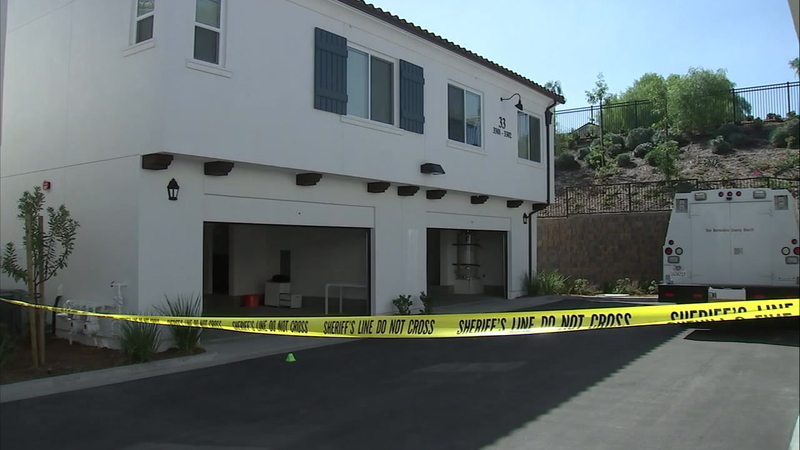 CHINO HILLS, Calif. (KABC) -- Three suspects are under arrest and accused of torturing a victim during a violent home-invasion robbery at an apartment complex in Chino Hills.

According to Chino Hills police, a 20-year-old resident was bound, gagged and severely beaten at gunpoint.

Authorities said masked suspects entered the apartment in the 15900 block of Pomona Rincon Road Monday afternoon, bound two victims and held them at gunpoint. Authorities said the victims were struck and assaulted before the suspects stole property and fled.

San Bernardino County Sheriff's Department deputies were called and found one of the tied up victims suffering from "major traumatic injuries." He was rushed to a nearby hospital for emergency surgery and is expected to recover.

The second victim, who was a working as a cable installer inside the home, was not as badly injured but also bound, authorities said.

"The victim, being the resident of the apartment, was in his apartment with the cable installer when the suspects made entry into the home. Both of them were tied up," said Jodi Miller of the San Bernardino County Sheriff's Department.

The sheriff's K-9 unit was brought out to track down the three suspects, who were found walking around in the complex.

"Detectives did locate evidence that directly tied these suspects to the residential robbery, as well as the assault on the victim," Miller said.

The suspects were identified as Deon Bryant, Elise Powell and David Rivers. All three were booked on charges of residential robbery, mayhem and torture.

Investigators believe they were no strangers to the victim.

"Through investigation, detectives have determined that, yes, the victims and the suspects were known to each other," Miller added.