Massive fire erupts at 99 Cents Only store in Culver City 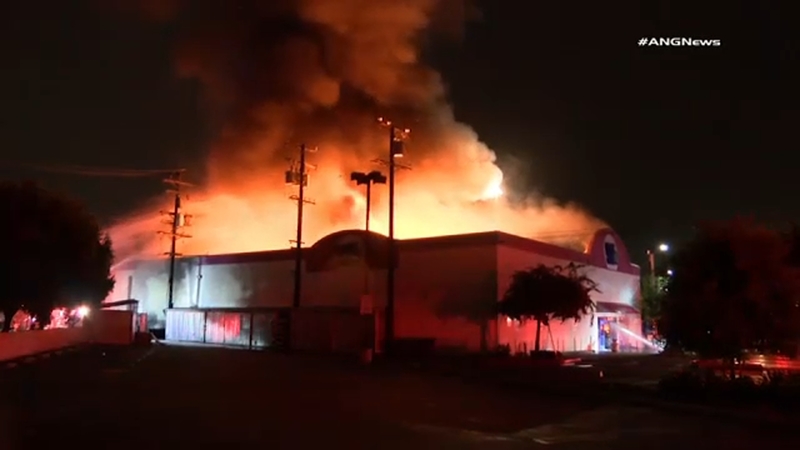 Massive fire erupts at 99 Cents Only store in Culver City

Flames shot out of the roof of the building as the second-alarm blaze prompted a response from as many as 70 firefighters, with Los Angeles Fire Department assisting Culver City crews.

At one point, firefighters were attempting to extinguish the flames while on the roof and inside the building, until they encountered heavy fire and retreated. About 15 minutes later, the roof and a side of the building collapsed.

According to Capt. Daniel Dobbs with the Culver City Fire Department, products catching fire from inside the store increased the difficulty of extinguishing the flames. The fire burned nearly four hours after it began, with large amounts of smoke billowing into the air.

No injuries were reported and damage was limited to the 99 Cents Only store.

Investigators were on scene to determine how the fire started. Dobbs said there is a possibility the fire began outside the building, then caught onto a power pole, which may have dropped some power lines onto the roof of the building.

Washington Boulevard was closed as crews worked to put out the fire.