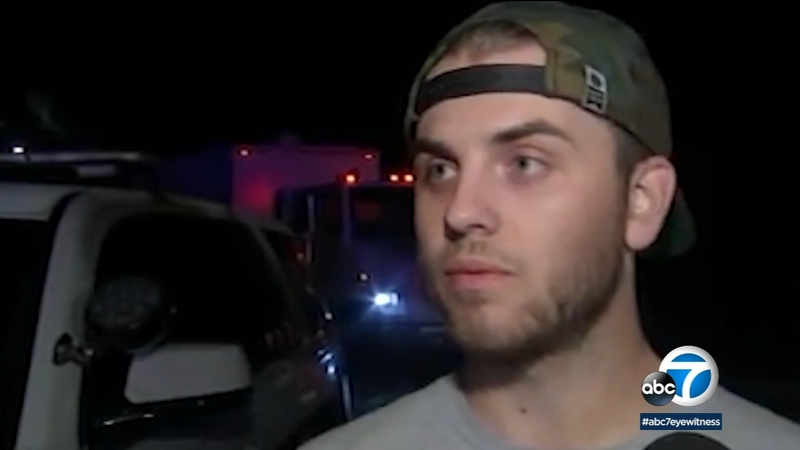 THOUSAND OAKS, Calif. (KABC) -- Two days after Matt Wennerstrom was killed in a motorcycle crash in Newbury Park, a memorial was held Monday for the man who helped save the lives of more than 30 people during the 2018 mass shooting at the Borderline Bar and Grill in Thousand Oaks.

The vigil involved some of the things the 24-year-old loved: cars, motorcycles and -- most importantly -- his family and friends.

"Everybody has come here to honor his memory," Wennerstrom's grandmother, Renee Matthews, told ABC7. "He was so loved by so many people and he helped so many people."

On the night of Nov. 7, 2018, Wennerstrom helped save nearly three dozen people who were inside the Borderline when a gunman opened fire.

In the immediate aftermath of the shooting, Wennerstrom recounted his actions in an interview with ABC7.

"All I did was grab as many people as I could and pull them underneath the table until I heard a break in the shots," he said. He later used a bar stool to break a window so that people could flee to safety.

A new report on the deadly mass shooting at the Borderline Bar and Grill in Thousand concludes that "we will likely never know the true motivation behind the attack."

Hundreds gathered on Monday to memorialize Wennerstrom. His friends and family members said they were overwhelmed by the display of support.

"I'm at a loss for words, honestly," said Michael Moses, a friend. "I cannot believe it. It shows, it really, really shows what he's done. I'm speechless."

Those who knew Wennerstrom said he was always dedicated to helping others.

"It wasn't just Borderline, it was before that -- just in how he lived his life and how he cared for people," said his friend Carina Cendejas.

Wennerstrom's remarks on that horrific night in 2018 stand as a testament to his character.

"I'm here to protect my friends, my family and my fellow humans," he told ABC7. "I know where I'm going if I die, so I was not worried."